Preserving Appalachian ballads and stories
Lenoir, N.C.-based ballad singer, storyteller and folklorist Bobby McMillon passed away in November 2021, but thanks to a project at Mars Hill University and funding from South Arts, his work of preserving and sharing the unique ballads and oral traditions of his Southern Appalachian heritage will continue.

Dedicated to preserving and continuing the lifelong work of Bobby McMillon, The Ramsey Center for Appalachian Studies established the Bobby McMillon Legacy Project. And thanks to an infusion of funds from South Arts, the Project is on track to continue its work. A centerpiece of the ongoing project is a Round Robin Ballad Circle. That event took place November 10 at the Broyhill Chapel on the Mars Hill University campus.

South Arts is an organization founded with a goal of supporting the artists, arts organizations and communities that help the South thrive. South Arts hosts programs and conferences and provides fellowships for artists; the organization also providing funding via grants. Based at Mars Hill University, The Ramsey Center for Appalachian Studies is the recipient of a $10,000 “In These Mountains” grant. 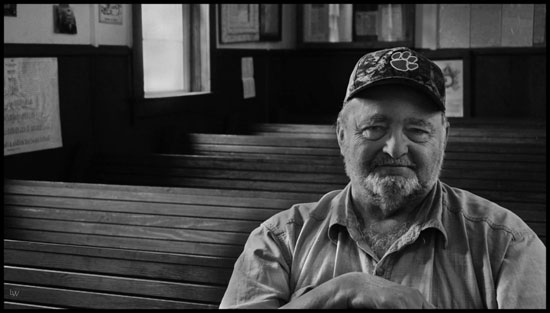 The grant provides funding to the Bobby McMillon Legacy Project. Components of the project include an accessible digitized collection of McMillon’s notes and collaboration with Mars Hill students. The program also provides for artist residencies for ballad singer Sheila Kay Adams and folklorist, musician, farmer and longtime McMillon friend William Ritter. Adams, Ritter and dancer Rodney Sutton are taking on much of the labor involved in archiving, and Adams and Rotter are launching a podcast.

The program also includes community performances like the one set for November 10. That event, says Leila Weinstein, Program Coordinator at the Ramsey Center, will be an informal gathering of ballad singers in a round robin setting. And while it’s still in the planning stages, another event next spring “will feature Bobby, Sheila and William doing an evening program in tribute to Bobby,” says Weinstein. “It’ll also let people learn more about this project.”

Bobby McMillon’s life and work
McMillon was more than a collector of songs and stories, says Weinstein. “He was a historian at heart, so he would research the histories. If there was a ballad that was about a real event, he would know all about it.” Weinstein says that McMillon would read written accounts to supplement and add to his understanding of the oral accounts.

“He was also very much a folklorist,” Weinstein adds. “He would get songs and stories from people, find out where a person learned the song from, and write that down.” McMillon’s written notes make up a substantial portion of the archive being preserved at Mars Hill University.

Weinstein says that ballads of the sort that McMillon collected are closely related to storytelling. “Yes, they have melodies,” she acknowledges, “but [ballads] are really a vehicle for the characters to move through some kind of narrative arc.” And McMillon loved those ballads, devoting a lifetime to collecting and sharing them.

“The collection that we now have here [includes] notebooks and notebooks and notebooks,” Weinstein says. And those volumes often feature handwritten comments from McMillon. “For transcriptions of ballads and songs, he’ll have a note about the person he got it from,” Weinstein says. “He preserved lots of songs that way.” The archive brings together an immense amount of cultural history and information.

“Bobby left us a wealth of writings, recordings, and books that can serve as the seed for countless projects, albums, programs and presentations,” says William Ritter. “He had a vast ocean of knowledge about Appalachia, and not just its old songs. He was eager to share what he knew, and just as eager to learn more.”

Making sure that McMillon’s materials are “easily found and accessible” is a primary goal of Ritter’s. “That’s why we wanted his collection to go to Mars Hill University,” he explains. “Madison County is one of the very last places with a real living, breathing ballad singing tradition that stretches back centuries.”

Ritter – who colorfully describes himself as a “serious heirloom seed-saver” – says that his own goal of preserving McMillon’s writings and recordings has a special area of focus. He wants to complete an unfinished project that McMillon called “I Remember Maw Maw.”

“Maw Maw was Bobby’s great aunt” Mae Phillips, Ritter says. Maw Maw lived just over the State line in Cocke County, Tenn. Ritter says that McMillon “collected a beautiful and diverse repertoire from her,” and notes that the late folklorist “stopped and started a book about her and her songs and stories” many times.

As with many of McMillon’s projects, that initiative took many forms. “Between his recordings of her in the ‘70s, his writings, and recordings of him singing her songs,” Ritter says, “there’s enough for something very special.” At present he’s not sure what form the final project will take, but suggests it could include “an album with extensive liner notes or some other form of presentation.”

And in keeping with McMillon’s love of oral traditions, Ritter mentions that a great deal of the content of the ongoing “I Remember Maw Maw” project exists as “the songs from her that Bobby taught me.”

Author Daniel Patterson’s 2000 book, A Tree Accurst: Bobby McMillon and Stories of Frankie Silver weaves together a nearly 200-year-old murder mystery, McMillon’s life story and the folk tales of the region. The book explores the roles that folklore, storytelling and ballads play in preserving the history of people and their communities.

And the very existence of the Bobby McMillon Legacy Project makes plain the cultural importance of the humble man from Lenoir. But William Ritter believes that McMillon deserves even more recognition.

“I certainly think Bobby had a sense of his importance in preserving or passing along Appalachian songs, stories, and folkways,” Ritter concedes. “But I think those awards and accolades didn’t matter to him as much.” He opines that in McMillon’s twilight years, “he may have felt a little overlooked, a tad forgotten.” The Legacy Project should go some way toward setting things right.

Ritter also hopes that part of the Bobby McMillon Legacy Project will include preserving the singer-storyteller’s “Blue Books” in a user-friendly format. “Bobby carefully wrote down lyrics, sayings and stories in these blue ruled-paper notebooks,” Ritter explains. “They’re an absolute treasure, the kind of thing that should be on a shelf next to Cecil Sharp’s classic English Folk Songs from the Southern Appalachians.” He emphasizes that at present, interested parties can only access McMillon’s collection of Blue Books at Mars Hill University; photocopies of some of those books are stored in the Southern Folklife Collection at UNC Chapel Hill.

William Ritter believes that McMillon’s body of work is of value for “anyone wanting to take a deep dive into Appalachia, or look for sayings for their Appalachian novel, or even just to find a very complete and beautiful version of a song from the 1600s to add to their repertoire.”

And thanks in part to McMillon’s emphasis on continuing the oral tradition of songs and stories, there’s a living legacy to his work that extends even beyond the archives at the Ramsey Center. “Bobby knew every song, and he knew ten variants of every song,” says Weinstein. She recalls reflecting on McMillon’s enduring presence shortly after his passing. “I remember thinking that felt like his stories and songs weren’t quite gone,” she says. “It’s almost like they were floating around somewhere in the ether; you could have caught them. You just couldn’t imagine all of that information disappearing with somebody.”

Ritter agrees, and he has more ideas about McMillon’s legacy, too. “I love the idea of getting a dedicated group of singers together to each learn a different song Bobby collected,” he says, suggesting creation of an album organized around a “song stewards” theme. “That could be the springboard for getting these songs back out into the wild,” Ritter enthuses.

“Bobby had a completely disarming personality,” says Weinstein. “He was very soft-spoken, but he had a dry wit. He could pull you in telling stories in his quiet, understated, slow way. And before you knew it, you were rapt with attention and in his spell.” Weinstein says that in addition to McMillon’s cultural importance as a guardian of songs and stories, he was “personally important” to a lot of people in the traditional music community. “Everybody loved him,” she says.

“For a man who talked so much,” Ritter says with a chuckle, “Bobby was one of the best listeners I have ever known. And he was deeply grateful for his roots and the culture he was a part of.” And the Bobby McMillon Legacy Project will preserve key parts of that culture for future generations. “All in all, Bobby asked us to ‘keep it a-going,’” Ritter says. “And we aim to do that in any way we can.”