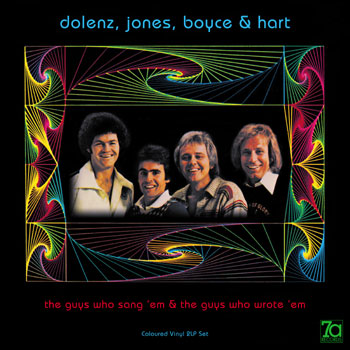 The Monkees were a ‘60s phenomenon, but their popularity extends to this day. Yet one significant chapter in the group’s history is often overlooked: a mid ‘70s reunion of two of its members, Micky Dolenz and Davy Jones. Working with the hit songwriting team of Tommy Boyce and Bobby Hart, they formed a mid-1970s pop supergroup of sorts. Two tours brought the group’s music to enthusiastic audiences. But a studio album (and a belated live record) failed to sell, and the 14-month adventure was soon lost to time. A first-ever reissue of those albums in 2022 sparks the memories of those who were there: Bobby Hart, band leader Keith Allison (who passed away last fall) and tour manager Christian deWalden.

After an impressive mid-’60s run of hit singles and albums, The Monkees seemed to drift slowly into oblivion. After two seasons on American television network NBC, The Monkees was canceled in February 1968. Working with the show’s producer and co-creator Bob Rafelson, they made a deeply strange motion picture, Head, which aimed to reposition the group and move away from their cuddly television image. While Head would eventually become a cult classic, it was a box office failure. The band’s next project was a fascinating yet deeply idiosyncratic television special called 33-1/3 Revolutions per Monkee; when filming completed, Peter Tork quit the group.

The Monkees continued as a trio, releasing Instant Replay in February 1969. The album was assembled from new and old recordings. Sales were disappointing and neither of the singles released from Instant Replay reached the American Top 40. The Monkees Present followed in October of that year, and fared even worse on the charts. Mike Nesmith soon left the group; Davy Jones and Micky Dolenz continued under the Monkees name as a duo, releasing the contractual-obligation Changes in June 1970. Continuing the Monkees’ commercial slide, the album only briefly reached #152 on the Billboard album charts.

But the group’s popularity would endure. In the period after the cancellation of the TV series, the Monkees embarked upon a tour of Australia and Japan. Greeted by rapturous audiences, they played three shows at Tokyo’s Budokan Hall in October, traveling next to Kyoto and Osaka. One of the Budokan concerts would be filmed and shown on Japanese television; that run of live dates marked the final appearance of the original foursome until 1986. But those dates in Southeast Asia left a lasting impression upon fans. 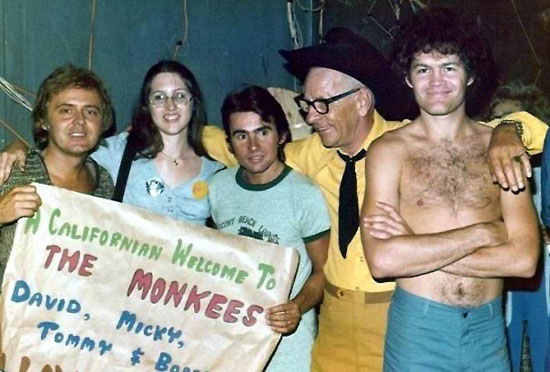 Tommy Boyce and Bobby Hart had been instrumental in the Monkees’ success, writing several of the group’s biggest hits. Working with a coterie of musicians including guitarist Keith Allison, they cut demos of many of their songs before delivering them to the group’s musical supervisors. The pair had already scored major successes long before working with the Monkees; Boyce wrote “Be My Guest” for Fats Domino, and co-wrote a pair of hits for Curtis Lee. Working together, Boyce and Hart hit gold with “Come a Little Bit Closer” for Jay & the Americans, and composed the theme for the long-running television soap opera Days of our Lives.

After writing, performing and producing all of the songs for the pilot of The Monkees, Boyce and Hart recorded all but the vocals for the group’s first album with their band The Candy Store Prophets. The duo fell out with producer Don Kirshner, and when The Monkees began to play on their own recordings, Boyce and Hart would no longer be involved (though their songs would appear on every Monkees LP save the Head soundtrack).

Buoyed by their songwriting success, Boyce & Hart launched their own recording career, with a deal on A&M Records. They scored five hit singles including “I Wonder What She’s Doing Tonight,” a Top 10 single in the U.S. The pair worked in film and television as well. But around the same time the Monkees were falling apart, the Boyce and Hart duo frayed, too. 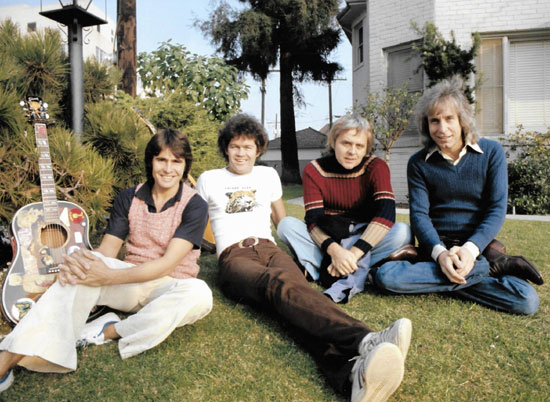 “Tommy quit the business at the end of 1969,” says Bobby Hart. “He quit at the end of our Flamingo gig in Vegas.” Boyce was shattered when the duo’s manager blew their three weeks’ salary at the gambling tables. “$50,000 a week or something, it was,” Hart recalls. The two went their separate ways, and didn’t see each other for quite awhile. “Tommy withdrew,” Hart says. “The next time I saw him, he gave me a business card that read, ‘David Tucker, poet.’”

Linking up with another songwriter, Danny Jansen, Hart would continue to write and perform. That duo enjoyed a hit in 1974 when Helen Reddy recorded their song, “Keep on Singing.” Hart says that he would occasionally run into his old partner. “I never cut off my relationship with him. I would hang out with Tommy here and there, but we weren’t tight ever again like when we were working together every day.”

Christian deWalden was an Italian-born travel agent, putting together all-inclusive package tours for wealthy clients; he had exactly zero experience in the music industry. But he made up for that with enthusiasm, hard work and aptitude. He also made some important connections once he moved to Los Angeles. “My mother was a very famous physiotherapist,” he explains. One of deWalden’s mother’s clients was Claudia Jennings, an actress best known as Playboy’s Playmate of the Month (November 1969) and Playmate of the Year for 1970.