Taping the Grateful Dead (Part 3 of 3) 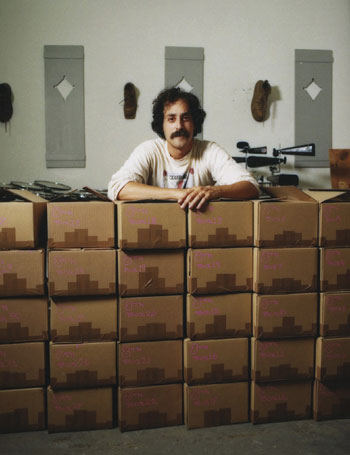 Complete as Can Be
It’s not as if Rodriguez is any kind of a newcomer to the Grateful Dead and their work. “I’ve been researching the Grateful Dead in whatever capacity I could since I was 14,” he says. (He’s 40.) And while images provide much of After All is Said and Done’s appeal, it’s much more than a picture book for the Deadhead’s coffee table. The book is filled with informative essays that round out the taper experience/phenomenon from most every angle.

And that was part of Rodriguez’s goal as well. “I wanted to add information that either wasn’t compiled in a succinct kind of way, or provide information that maybe didn’t exist before,” he says, noting that doing so posed a challenge. “That’s kind of a hard thing to do with the Grateful Dead,” he admits, “because so much information is out there.”

Still, there are holes in the larger narrative, especially when it comes to the band’s live onstage legacy. “The ‘60s portion of their career is not as heavily documented,” Rodriguez explains. “There’s not nearly as much Pigpen-era material out there. The Grateful Dead’s original keyboardist, Ron “Pigpen” McKernan was a founding member who was with the group through mid-1972.

Even the official Grateful Dead vault is ostensibly complete only from 1971 onward, Rodriguez says. Still, he holds out hope that there remain gems yet to be discovered. “There’s probably reel-to-reel tape that’s mislabeled or that can’t be identified,” he suggests. But nearly as quickly, he tamps down expectations. “Those are [probably] partial recordings, and the quality of tape is probably terrible.”

And for all of his extensive efforts, even Rodriguez has yet to compile an exhaustive archive of Grateful Dead recordings. “I’m still 160 or so tapes away from completing the whole collection of recordings between 1965 and 1995 that are on tape,” he admits.

The live tapes documenting points on the Grateful Dead’s arc can be enjoyed and appreciated on multiple levels; Mark Rodriguez’s After All is Said in Done is evidence of that. The music, the homemade physical packaging that accompanies the tapes: those are substantial parts of the experience. Unsurprisingly, Rodriguez takes things beyond all that. These days he tends to focus on the quality of the recordings.

“I appreciate the music,” he emphasizes. “But I appreciate the method of recording, and the existence of the actual tape that I’m listening to at any particular time.” He feels there’s often something special captured on audience tapes, a quality that more polished and professionally-created recordings can lack.

“Sometimes, if it’s a soundboard, I’m like, ‘Eh, this is boring,’” he admits. “Because the sound is so boring.” He believes that a tape made by an audience member can provide “an image of the concert [itself].” One can hear ambient noises – talking, applause – “but you’re still not being taken away from the sound generated from the band,” he says.

Taken as a whole – and in sequence – Rodriguez says that Grateful Dead live tapes are also a kind of history of the evolution of recording technology. He points specifically to early ‘70s FOB (“front of board”) tapes as “amazing feats of strength” by those who made them. “They made quality recordings with limited technology,” he says.

By the Dead’s later years, there was a “taper’s section” at concerts. Rodriguez explains that the designated area arose not so much to accommodate tapers, but to move them away from other concertgoers who were there simply to enjoy the experience. “The tapers’ section steered the annoyance that was the tapers into their own area so [the Dead’s crew] didn’t have to worry about them anymore,” Rodriguez says. 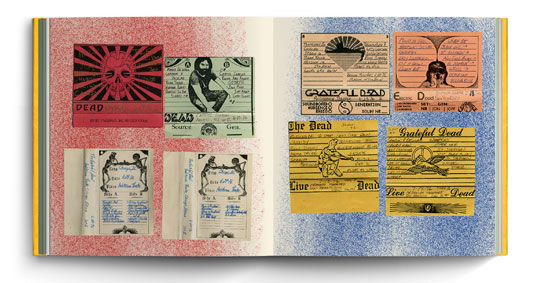 Even a hardcore Grateful Dead tape collector like Rodriguez has his limits. Collectors of Pink Floyd concert recordings, for example, obsess over the provenance of the tapes (or, these days, lossless digital files). There’s a seemingly never-ending quest to source the lowest-generation copy of any given recording. The argument is that until the advent of digital audio, each successive analog copy added a layer of hiss, and removed a degree of sonic quality. The nth generation copy one might have of the January 20, 1972 premiere of “Eclipse: A Piece for Assorted Lunatics” (soon to be re-titled The Dark Side of the Moon) likely boasts significantly compromised fidelity compared to the original tape.

But Rodriguez draws the line at such obsessions. “I understand that to participate in that particular bit of nitpicking would drive me absolutely insane,” he says, sidestepping the unasked question about the sanity of collecting thousands of Grateful Dead tapes in the first place.

Many bands have engendered a level of fandom that extends to tape collecting. The Beatles, Pink Floyd and many others have extensive “unofficial” catalogs filled with non- (or semi-) sanctioned audio. But the Grateful Dead taping aesthetic is a world apart. Rodriguez attempts to explain what he thinks makes it different. “You have such fervent energy about trying to make the best recording possible given the circumstances,” he says.

And the Dead’s laissez-faire attitude about the whole taping phenomenon set the group in sharp contrast with an artist like King Crimson’s Robert Fripp, a vigorous opponent of audience recording. With the Dead, Rodriguez says admiringly, “It was permissible [for tapers] to experiment within the concert setting.” And the result is the massive, often high-quality archive that exists today.

The tape collecting community that grew up around the band is arguably a tangible example of the Grateful Dead’s fundamental aesthetic. Rodriguez certainly thinks so. “One goal of this particular band was to change culture, for people to relate to each other in idealistic or ‘utopic’ fashion,” he says. The tape-trading tradition had its start among people who could afford to buy mobile recording gear. But immersed as it was in the Dead’s milieu, the practice soon became a “free distribution thing,” Rodriguez says. And that fit well into the group’s egalitarian ideals.

Mark Rodriguez doesn’t think that we’ll see another audience recording and collecting scene the likes of what exists around the Grateful Dead. “I think it stands as a phenomenon of that block of time, from 1965 to 1995,” he says. “I don’t have any expectations of that form of energy existing again.”

Edited versions of this feature were published previously in Good Times and Metro Silicon Valley.