Music to Your Ears: John Lennon’s ‘Rock and Roll’ 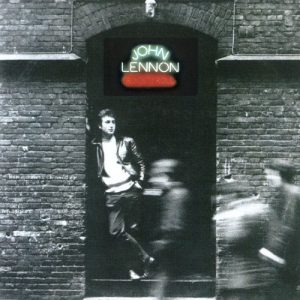 In 1972 John Lennon teamed up with notorious producer Phil Spector to record a collection of rock’n’roll oldies. Those sessions took place in L.A. during a period the ex-Beatle would describe as his “lost weekend,” a time of drunk and drugged carousing and general misbehavior. Making matters worse, when the sessions were completed, the mercurial Spector disappeared, taking the tapes with him. Lennon was left with a rough mix cassette copy of the songs, and found them to be sloppy, badly recorded and sometimes out of tune.

Jay Bergen represented John Lennon and Yoko Ono in those cases. In the process he became friends with the couple, both of whom were determined to fight Levy. That story is the basis for Bergen’s book, Lennon, The Mobster & the Lawyer.

Bergen’s book was published this year. And that presents a great opportunity to dive into the record, rediscovering the qualities that make it special, important and controversial. Join host Bill Kopp (that’s me) and special guest host Jay Bergen as they lead a discussion of John Lennon’s Rock and Roll. We’ll chat about the background, creation and legacy of key tracks, and even listen to some unreleased tapes from the session.

As lawyer for John Lennon and Yoko Ono during the Federal court cases related to the Rock and Roll album, Bergen is uniquely qualified to discuss the John Lennon’s sixth solo studio release. We’ll listen to key tracks and facilitate audience discussion.