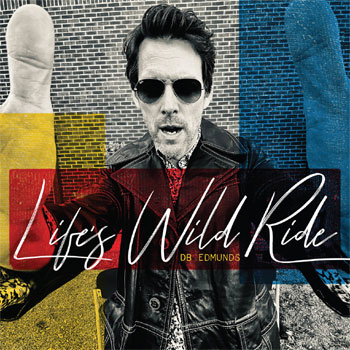 Standing in contrast to the prevailing alternarock grunge of the 1990s was a comparatively tiny coterie of artists who valued melody along with rock’s power. Bands like Greenberry Woods, Sugar, Material Issue and Ben Folds Five and solo artists like Michael Penn and Matthew Sweet may not have sounded at all like each other, but all shared a demonstrable appreciation for hooks and what I like to call pop songwriting values. And in their own ways, each combined those qualities with the oomph of rock, creating something special in the process.

For their trouble, those artists earned critical praise. And some of them even gained a bit of commercial success, but not much. Yet even within that subset of the musical landscape, there was one band that made a sterling, timeless album yet received next to nothing in terms of success. A real tragedy, that; the group inevitably broke up, leaving the lucky few who knew about them left wondering what might have been.

That band was North Carolina-based Gladhands. Fronted by a pair of top-flight songwriters Jeff Carlson and DB Edmunds, Gladhands made sweeping, powerful rock that inched ever-so-gingerly in the direction of prog; their songs had depth and complexity. But – and this is important – they rocked hard, and created songs of subtlety and sophistication as well. Included on their 1997 La Di Da album, Gladhands’ cover of Nazz’s “Forget All About It” is a prime exemplar of their strength. Included on a various-artists tribute album, their exhilarating reading of the Bacharach/David classic “Promise Her Anything” is equally amazing.

Thing is, those covers told us a lot about Gladhands. But their original songs told us more. There’s nothing on La Di Da – the second of four Gladhands albums – that is less than thrilling; every song is a mini-masterpiece. But the album disappeared without a trace (along with Big Deal, the label that released it). As did, eventually, the group.

Reportedly, Carlson was embittered by the entire experience, and who could blame him? As a listener, I lost track of what the former band members did post-Gladhands. (Quick personal aside: a decade or so ago, I tried to assemble a group with Gladhands’ late-period bassist Pat McGraw; for reasons not having to do with him or me, the project failed to launch.) Tantalizingly, there was a Gladhands reunion at the spectacularly disastrous Charlotte Pop Festival in 2009, but it seemed to have been a one-off.

I’ve since discovered that Chapel Hill-based Edmunds went on to another group, The Stars Explode. As I dig into their catalog now, I’m finding a style that continues on from Gladhands’ winning approach. The group so impressed the aforementioned pop auteur Matthew Sweet that he penned a tune called “Stars Explode.” (The band returned the gesture on their pointedly-titled farewell release, Too Late to Save the World, with a song called – you guessed it – “Matthew Sweet.” The Replacements would have been proud.) Alas, The Stars Explode went red giant (or something) in 2017.

But there’s good news. Edmunds is now a solo artist. And he has a new EP, Life’s Wild Ride. And I’m happy to report that the qualities that made La Di Da so special a quarter century ago are wholly intact. Until now I didn’t realize that it’s Edmunds’ voice that gave Gladhands a big chunk of its signature sound (I assumed Carlson, though I don’t know why). The new EP’s opening track “Side by Side” has a searing lead guitar solo, and the wordless woo-hoo-hoo vocalisms imbue the melodic rocker with that timeless quality I love.

“Wait for the Rain” is a stuttering waltz with dollops of chiming bell-synth, creamy washes of organ and (of course) a fetching melody. “I Don’t Trust Love” has a subtly British popsike character, a melancholy air and an expressive, plaintive lead vocal. Like a lot of us, Edmunds went through a tough period these last couple of years, but like an artist of his caliber, he channeled the emotional fallout into creative pursuits.

“Higher Ground” continues in that vein, with some lovely acoustic guitar textures and a straightforward yet assertive bass line. Finely-wrought melodic lines are an Edmunds trademark; no three-chorders for this artist. But accessibility is always a bedrock of his songs. “The One True Thing” adds brass to the mix and comes up with a beefy rocker with a razor-sharp hook. The EP ends with “You and I,” another melancholy number with evocative lyrics, a lump-in-the-throat character and an emotionally-laden vocal turn from Edmunds.

Some 25 years after La Di Da, fans of that record can rejoice in an EP that showcases the same musical virtues and a familiar sound.

Note: The EP is pressed on lovely aqua vinyl, encased in a colorful sleeve. Be sure, however, to set your turntable to 45 r.p.m.