The Residents: The Eyes Have It (Part Two)

That meeting in late 2020 was the first time Tanner and Flynn had met, but the groundwork for the project was already laid. “Since we started this project one month before the pandemic hit, it took a lot longer than we were initially hoping,” Tanner says. “I opted to wait nearly a year until it was safer to visit The Cryptic Corporation archives.” He notes that even though The Residents had compiled some material for the project, a lot of the most interesting pieces of the puzzle remained to be seen. “Nearly all of the unreleased material had yet to be unearthed,” he says. Ultimately, the work of creating A Sight for Sore Eyes took nearly eighteen months.

And there were surprises all along the way. Tanner says that he was prepared to run across previously unseen artifacts such as handwritten notes and contact sheets from iconic photo sessions. “But,” he says, “I wasn’t prepared for just how many things I would find.” He counts among his favorite discoveries the blueprint for The Residents’ first studio at 18-20 Sycamore Street in San Francisco. “That’s where Vileness Fats was filmed and where everything from [the 1972 EP] ‘Santa Dog’ up through The Third Reich ‘n Roll [1976] was recorded,” Tanner says. 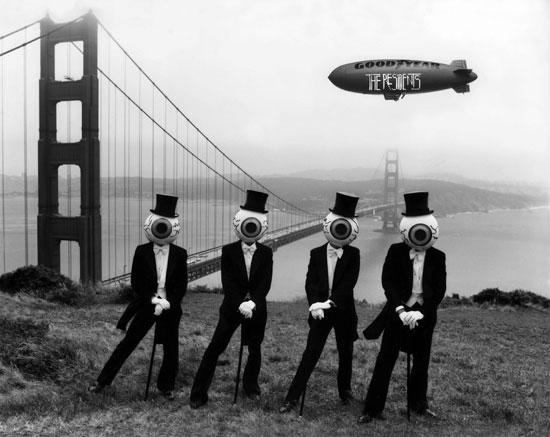 A big part of The Residents’ mystique has always been the group’s anonymity, its obscurity. So it’s reasonable to wonder if the idea of a book purporting to document the group’s story in visual form threatens that carefully-constructed and cultivated air of mystery. “I’m not particularly concerned about it,” says Flynn, noting that Tanner provided a review copy of the book before its publication. “If there was anything in there that I objected to, Aaron was happy to remove it.” There were, he says, “two or three minor things that I felt revealed too much, but for the most part… no problem.”

While The Residents are nobody’s idea of a commercial act (their 1980 Commercial Album was named as such because it featured a collection of 30-second songs, like a commercial) the collective has exerted a deep and incalculable influence upon some of the artists inhabiting the more creative corners of the musical landscape. Flynn admits some surprise at the participation of so many respected names for the new book. “It wasn’t the names so much that surprised me,” he says. “The surprise was that so many of them showed up, [and] were willing to do something for it.”

Even longtime fan Tanner was struck by the written contributions from some of those creative figures. He singles out Jillette’s remarks about the kindness of the band members. “I’ve worked with a handful of legendary bands over the years,” Tanner says. “Some were easier to deal with than others. But the mysterious beings behind the masks beat them all by a mile. I’ve never met people that were more kind.”

As the Vol. 1 part of the book’s title suggests, there’s more to come. Tanner cautions that the second volume remains a year or more away from production, but shares a brief outline. “It will start with The American Composers Series [circa 1984] and will end with the multimedia era,” he says. “It’s my hope that the book will be every bit as revealing as Vol. 1.” 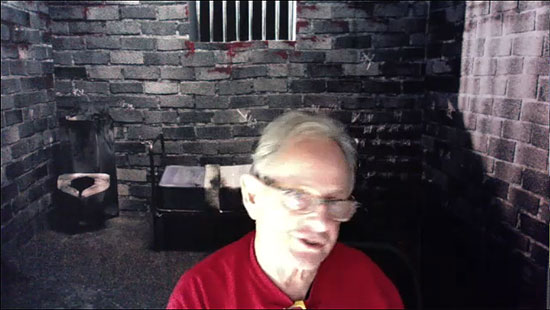 Flynn notes that a third installment – publication date undetermined – will bring The Residents story up to present day. “I’m kind of curious to see how that works out,” he says. “I can’t say enough positive stuff about Aaron,” Flynn adds. “I really enjoyed working with him, and not only that: I like him.”

The Residents’ creative endeavors have long defied easy classification. Their music touches on, explores and often adds to the conversation about everything from electronica to punk to lounge music to world music. Selections from among their many video productions have been placed in the permanent collection of the Museum of Modern Art.

Tasked with summing up The Residents’ significance in a few sentences, Aaron Tanner offers this: “Constantly defying classification while remaining completely anonymous, The Residents have been regarded as icons in the world of experimental music for the last 50 years. They have been credited with being among the originators of performance art, the music video, and the music-based interactive CD-ROM.”

That’s a succinct, knowledgeable and accurate observation, but an incomplete one: it doesn’t address The Residents’ pioneering work in mashups and sampling. Still, mere words can’t get at the heart of what makes The Residents special. But taken along with all of the collective’s audio, visual and audiovisual output, Tanner’s A Sight for Sore Eyes Vol. 1 brings us closer to that goal.