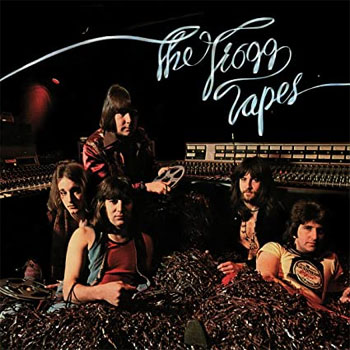 First, a few words about what this isn’t. It’s not the infamous “Troggs Tapes” studio outtake, an audio gem that initially circulated among aficionados and collectors of the strange and hilarious. That tape is a 1970 document of members of The Troggs arguing in the recording studio, and is responsible for adding the immortal phrases “dubba dubba dubba CHA” and “put some fairy dust on it” to the popular lexicon. Predating This is Spinal Tap by several years, it’s an unintentionally side-splitting bit of audio verité. You must hear it.

But this isn’t that.

The Troggs are best known for “Wild Thing,” and lesser well-known for “Love is All Around.” Those two sixties gems were hits, and feature the lead vocals of Reg Presley (despite the surname, no known Memphis connections has he). “The Troggs Tapes” also feature Presley, in a shouting match with drummer Ronnie Bond and the rest of the band. The band broke up shortly after that ‘70 episode, but – in part thanks to this uproarious bootleg recording – they re-formed a few years later. And perhaps attempting to build upon the reputation begat by that tape, they titled their 1976 album The Trogg Tapes (note the lack of a pluralizing “s”).

Reunion albums have a notorious habit of bring lackluster affairs, and as catchy as The Troggs’ earlier singles had been, they weren’t many people’s idea of a supremely creative outfit. So it comes as something of a surprise to discover the The Trogg Tapes is a fine album.

The vibe here isn’t all that far form Mott the Hoople; to modern ears, The Troggs’ mid ‘70s sound sound feels like a kind of missing link btween ‘60s garage rock and pub rock. Not quite punk – -these guys were a bit too old for that – it also features some more accomplished playing than would have been typical of most punk bands of the era.

But there’s a spare, economical character to this collection of 11 songs, most of which are originals. Guitarist Richard Moore turns in some of the finest numbers, including opener “Get You Tonight,’ but Presley’s tunes are good as well. Producer Larry Page takes a no-frills, documentary approach to the sessions; there’s really nothing beyond the sound of the band. Previous little reverb or effects of nay kind figure into the sound. It feels like a demo, albeit a very good one.

If there’s a misstep, an outler here, it’s the cover of “Walkin’ the Dog,” originally made famous by The World’s Oldest Teenager™, Stax Records icon Rufus Thomas. The spread between the instum3ent and Presley’s vocals makes the latter sound like an overdub, and it seems likely that the total time and effort to create the recording took barely longer than its four-minute run time.

But don’t let that one dissuade you; The Trogg Tapes is good old unfiltered, unpolished rock’n’roll.

And it makes a nice companion to the other Troggs tape.

Note: The new Liberation Hall reissue doesn’t feature any bonus tracks, no liner notes, no additional material of any kind. But it’s worth noting that the album has been out of print in the U.S. since shortly after its orignal 1976 release, so the reissue is welcome even without any accompanying extra goodies.