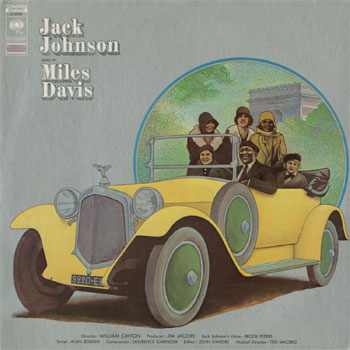 Much is made – and rightly so – of Miles Davis’ landmark 1970 release Bitches Brew. The album represented Davis’ adventurous foray into the (previously unoccupied) space in which rock and jazz coexisted. True, others had made moved toward bridging the gap between the two genres, but none had done so as forcefully and uncompromisingly as Miles Davis.

Still, in the eyes and ears of many rock fans, there’s noting particularly “rock” about Bitches Brew. Its abstract, often amelodic character arguably has little in common with rock’s sonic qualities.

In fact, Bitches Brew sounds less like a combination of jazz and rock than do Colosseum’s The Grass is Greener and Booker T & the M.G.s’ McLemore Avenue, two important albums released at nearly the same moment as Davis’ opus. At its core, Bitches Brew represents a merging of jazz and rock sensibilities more so than a joining of their styles. And that distinction shouldn’t – doesn’t – take away from its significance a single bit.

But here’s the thing: though the creatively restless musician would soon head off – in inimitable Davis style – in yet another wholly different direction, Miles wasn’t quite through with his rock-jazz (jazz-rock?) experimentation. And by some measures, the studio project that followed in the wake of Bitches Brew is in fact closer in sound and spirit to what has long been claimed for the double album.

Some could argue that Jack Johnson – released in February 1971, less than a year after its better-known studio predecessor – shouldn’t be considered part of Davis’ studio album canon. It was, after all, conceived as the soundtrack to a film. William Cayton’s Academy-award-nominated documentary Jack Johnson chronicled the life of the celebrated African American boxer, and Davis had been asked to provide music for the film. He did so, using many of the same musicians who had joined him for the Bitches Brew sessions.

Two 1970 sessions – nearly two months apart – yielded the imposing album, an LP that in its original format would feature only two pieces of music: the side-long compositions (“constructions” might be a more apt descriptor; more on that forthwith) “Right Off” and “Yesternow.” Each track ran in excess of 25 minutes, and each was in many ways as fiercely uncompromising as anything on Bitches Brew. 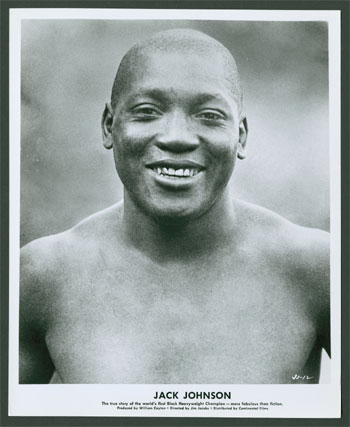 Yet the album rocks, and does so in a way that Bitches Brew rarely does. With virtuoso electric guitarist John McLaughlin returning from the previous album’s sessions, the band is on fire as it funkifies its way through “Right Off.” Davis spits out phrases on his trumpet that root the music in jazz, but the rhythm section of Billy Cobham and Michael Henderson locks the groove into the rock idiom. It swings, yes, but the smoldering, sinister vibe of rock ‘n’ roll is omnipresent.

McLaughlin makes intelligent, non-indulgent use of his wah-wah pedal, and while “Right Off” occasionally feels like a jam, its one-chord format draws from the best of solid rock and improvisational jazz. About halfway through the piece, most of the players sit out, leaving Henderson (who successfully explores just how much he can do with his electric bass while staying inside the one-chord framework), soprano saxophonist Steve Grossman and – most unexpectedly – Herbie Hancock, jamming away on what I’m pretty sure is a Farfisa(!) organ.

Now, the lowly Farfisa wasn’t an instrument generally associated with jazz. Instead, the quirky Italian machine was a favorite of garage rock combos; it’s thought of in the context of ? and the Mysterians and countless garage-psych purveyors than anything approaching serious jazz. But it works; Hancock approaches the instrument as if encountering it for the first time, with a sense of wonder that can bring.

Certainly, “Right Off” heads off in some other directions afterward. And the switch in tone and approach can seem a bit jarring. In fact the band probably didn’t play it that way: as with Bitches Brew, Davis and producer Teo Macero employed the “studio as instrument” approach, cutting, splicing and re-compiling the source tapes from the session to create something that, perhaps, the musicians might not have recognized as that which they had recorded.

It’s left to others – well, to us – to decide if the cut-and-paste method works. To my ears, it does, and one must accept that studio post-production fiddling as every bit an equal “player” on the sessions. Toward the end of “Right Off,” McLaughlin peels off some searing leads that (for some) might call to mind Frank Zappa’s playing of the early to middle 1980s. Exciting stuff to be sure.