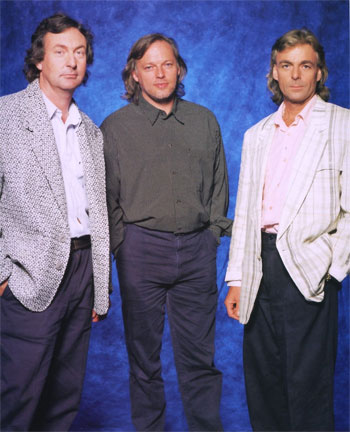 When Nicholas Schaffner published his excellent Pink Floyd biography Saucerful of Secrets – for many years the only definitive tome on Pink Floyd – the 1991 book included an appendix that featured the results of fanzine Amazing Pudding’s reader polls. One notable bit of information from that poll is that “Dogs of War” was hands-down winner of the “Worst Floyd Song” designation. Today, “Dogs of War” sounds much like a shameless attempt to write a “nasty” (as in, Roger Waters-like) song for addition into the modern-day Pink Floyd repertoire. Gilmour shouts in a hoary voice, and everyone involved seems to be trying just a bit too hard. “Dogs of War” is arguably effective at achieving that Waters vibe (though with less impressive lyrical qualities) but it doesn’t build on the strengths of what made the post-Waters band worth experiencing.

Happily, “On the Turning Away” does exactly that. Bringing forth the the pathos and melancholy conjured by Pink Floyd’s best instrumental moments, the beautiful yet simple melody features Gilmour singing almost unaccompanied (the synths provide a subtle bed). He’s stretching to the upper end of his vocal range, and – unlike the studio version – he doesn’t quite always hit those high notes; he’s flat a number of times. But all is forgiven. The live version adds nearly two minutes to the studio version, but it doesn’t drag. The gospel-flavored vocals soar, and the extended instrumental outro delivers plenty of Gilmour guitar goodness.

Delicate Sound of Thunder’s second CD opens with “One of These Days.” The malevolent instrumental from Meddle represents 1988-era Pink Floyd’s farthest venture into its past. Bassist Guy Pratt does a creditable job of recreating Roger Waters’ Echoplexed bass line, though he does add a bit of modern day fretless-style playing into his reading of the tune. Courtesy of tape, Nick Mason takes his rare vocal turn mid-song.

Before the audience cheers begin to subside, the pre-recorded chiming clocks of “Time” are introduced. Perhaps in a nod to the shortened attention span of modern-day audiences, the song is trimmed some 90 seconds from its The Dark Side of the Moon studio version. Here, longtime Pink Floyd fans finally get the chance to hear Wright take a turn on lead vocals. The studio version’s rumbling synthesizer lines are largely absent in this live reading, but the song maintain its power nonetheless.

Joined by Renwick, Gilmour picks up an acoustic guitar for the first time during the concert to play the introduction to “Wish You Were Here,” a crowd favorite. The plaintive tune features backing vocals that give the impression of the entire audience singing along. Though the recording doesn’t capture the actual audience, I can attest (see below) that the assembled crowds for these shows did indeed join in.

The Dark Side of the Moon’s “Us and Them” brings an understated, jazzy feel to the proceedings. The vocal chorus does an admirable job of copying the original arrangement, and Page exercises restraint on saxophone, sticking more or less to Parry’s arrangement. The studio version segued into “Any Colour You Like” (not featured in the live set list), so the live song features a showbizzy ending that gives way to the crashing coin sounds of “Money.”

“Money” is a kind of corollary to the Grateful Dead’s “Truckin’.” It doesn’t sound like a lot of the other songs in the band’s catalog, and it’s one of the most beloved songs in the group’s body of work (especially among those only casually familiar with Pink Floyd’s material). The live reading somehow swings a bit more than the studio version, and the female chorus lets loose with cries of “Money!” while Gilmour peels off a solo. While the studio version runs a mere 6:22, in concert the band extends “Money” to nearly ten minutes. In the concert setting, few would have minded, though the faux-reggae breakdown around the five-minute mark does seem somewhat gratuitous, and most listeners could have probably done without Guy Pratt’s bass solo, not to mention the a capella interlude. Still, Gilmour has a bit of fun interpolating the signature lick from Memphis Slim’s classic blues “Steppin’ Out” into the song’s midsection, engaging in a brief instrumental call-and-response with Pratt.

Even if they didn’t want to, Gilmour’s Pink Floyd couldn’t have skipped over “Another Brick in the Wall, Pt. 2.” The disco-flavored song from The Wall is – for better or worse – Pink Floyd’s most well-known tune, even more ubiquitous than “Money.” Pratt’s funky, thumping bass works in the context of the song’s dance floor vibe, but it’s wholly out of character with the original. The tape-playback children’s chorus gives the live reading a kind of reverse-karaoke feel. But Gilmour’s note-perfect recreation of his studio solo delivers the best of what “Brick” has to offer.

So, too, does Gilmour faithfully recreate “Comfortably Numb,” arguably his crowning achievement from The Wall. Few would classify Roger Waters as an accomplished vocalist, but it’s here where his presence is missed the most. Gilmour’s vocals are sweet and superb, but the auxiliary musicians cannot (and, to their credit, don’t try to) sound like Waters. Standing in contrast to Gilmour’s vocals, Waters’ seething, sung/spoken part on the song is part of what gives the studio take of “Comfortably Numb” its power. Still, the ‘80s Floyd does what it can live onstage, and instrumentally the song is as majestic as it should be. 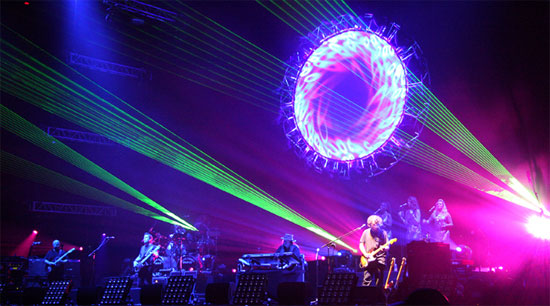 Closing the evening on an upbeat note, Pink Floyd launches into “Run Like Hell.” Gilmour’s heavily-effected guitar introduces the tune; the rest of the band holds back for more than a minute before joining in. The malevolent tone Gilmour aimed for (relatively unsuccessfully) on “Dogs of War” is achieved here, with help from the auxiliary players. In keeping with the vibe of a set-closer, the band extends “Run Like Hell” to more than seven minutes. The song gets a customary “big ending” and the show comes to a conclusion.

On a personal note, I attended one of Pink Floyd’s November 1987 shows at the Omni Coliseum in Atlanta. That run of of concerts was originally planned as the source material for the live album eventually released as Delicate Sound of Thunder, but the results of the recordings were deemed unsatisfactory (though they do circulate in audio and video among collectors). So it was that Pink Floyd recorded five nights worth of performances some nine months later in Long Island, NY (at Nassau Coliseum) and compiled Delicate Sound of Thunder from those resulting tapes.

A 2CD release, Delicate Sound of Thunder rose to #11 on Billboard’s album chart, eventually earning Triple Platinum status. The album was also released on cassette and (in limited quantities) on 2LP vinyl. In Russia, the album was split into two volumes and released on state label Melodia. And the album has another Russian connection: in November 1988 the album (in cassette format) was brought along on a mission by the Soyuz TM-7 spacecraft docking with the space station Mir, earning the designation as the first album played in space. Both Gilmour and Mason attended the rocket’s November 28 launch.

In the 21st century Delicate Sound of Thunder received worldwide reissue, including a 2017 vinyl pressing. 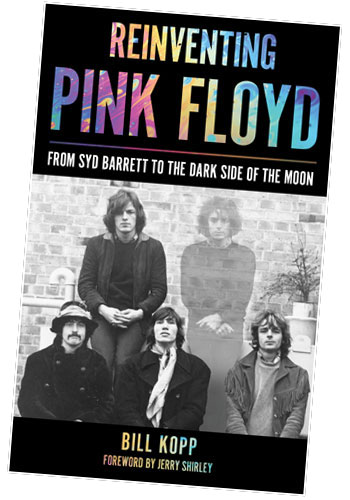 It’s worth noting that the Delicate Sound of Thunder set list – and for that matter, the selection of songs performed on Pink Floyd’s 1994 tour in support of The Division Bell, as documented on PULSE – completely sidesteps material from Animals and The Final Cut. Gilmour had made no secret of his lack of fondness for those projects, though the lack of a “Dogs” live performance from the late-period Floyd does seem an opportunity missed. But as a document of the Waters-less Pink Floyd’s return to active duty, Delicate Sound of Thunder is a welcome audio document, one that (occasionally dated drum sounds and production choices notwithstanding) has stood the test of time reasonably well.

Postscript: My 2018 book Reinventing Pink Floyd: From Syd Barrett to The Dark Side of the Moon surveys the band’s creative journey from its start through the landmark 1973 release. Had the book covered the post-Dark Side era, the chapter on Delicate Sound of Thunder would have looked very much like this critical essay. – bk