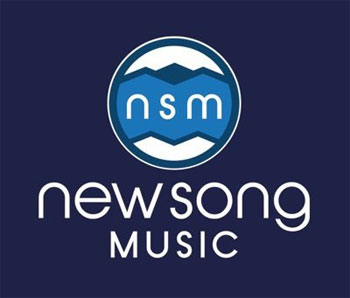 A New Song
At the same time, parts of his past were calling him. “Having grown up in Winston-Salem, Boston was far away from home,” Ragland says. His family did have roots a bit closer, with a small family farm in rural West Virginia near the New River Gorge. “It’s been in the family since the 1700s,” Ragland says. As he grew to adulthood, Ragland had found himself more interested in his Appalachian heritage. And while he was in Boston, his parents made the decision to renovate the Antebellum farmhouse.

Ragland knew he wanted to be involved in the restoration project. He asked himself, “How can I find some music-related work that would give me an opportunity to spend time in West Virginia?” The answer was found in connecting with the producers of NPR and West Virginia Public Broadcasting’s Mountain Stage.

Ragland proposed an annual, nationally-promoted singer-songwriter festival done under the auspices of the program; thus was born the Mountain Stage NewSong Festival. “In 2001, some partners and I started an LLC around this, a private production company,” he says. But none of his prior experience prepared him for the challenge. “I had never done anything on the entrepreneurial side before,” he admits. “But I was traveling down there while still taking classes, performing in Boston, raising money and doing pitches.”

The festival drew big names like Nickel Creek along with up-and-coming talent. “It was really a celebration of the art and craft of performance and songwriting,” Ragland says. Unfortunately, the annual festival was never able to turn a profit. “We had some great coverage,” Ragland says. “The Washington Post wrote about us. We were in the weekend entertainment guide, and USA Today did a really nice feature on us.” But bad weather wrecked a few festivals in a row. “We weren’t well-capitalized enough to survive some of those tough early years,” Ragland admits. “And after a few years of producing the festival, doing a lot of work remotely on the ground, traveling and trying to fund raise, I wasn’t really enjoying the work. So we decided to discontinue the festival.

“I learned a lot from the experience,” Ragland says. “Failure is part of the process.”

A Newer NewSong
Part of the festival had included a performance and songwriting competition. And Ragland decided to keep that part of the venture going. Now in its 16th year, the annual NewSong Music Performance & Songwriting Competition is an incubator for rising talent from across the musical landscape. “Over the last ten or so years, it has become an increasingly well-respected competition for emerging artists,” Ragland says. “Last year we had five thousand artists enter the competition. I’m continually surprised by the caliber of the artists we attract.”

For the last five years, the competition’s final event has been at Lincoln Center in New York City. A partnership with performing rights organization ASCAP means that each year’s winner gets “a coveted performance slot at the Sundance Film Festival’s music showcase,” Ragland says. “So I get to go out there every January or February. It’s wonderful to bring these unknown artists that I’m working with out there.”

Another part of the prize package is a fully-funded six song EP produced and recorded at Echo Mountain Recording in Asheville, a sponsor of the competition. 2014’s winner, the duo Max Hatt/Edda Glass was the first to take advantage of the studio package. “There are other competitions out there that are like, ‘We’ll give you $10,000 worth of studio gear,’” Ragland says. But we structure things in a way that tries to give artists some meaningful, high-credibility performance opportunities. I’d like to think that’s what the program is all about: career boosting.”

Virginia-based roots musician Crys Matthews was the winner of the 2017 NewSong competition; she just completed an Echo Mountain session in July, with Ragland producing. Like all previous winners, her submitted recording gained the judges’ approval, but winning the NewSong competition requires much more.

“We have a very limited number of spots to perform in the finals,” Ragland explains. “So, if there is equal level of talent and ability illustrated through the entrants’ song submissions and we’re trying to decide between them, then we do a much deeper dive.” The judges review the artists’ social media presence, booked performance schedule and other factors that indicate potential. “We approach it like this: ‘Which of you is better suited to actually capitalize on this opportunity?’

“I’m sort of on the entry-level of the music industry food chain,” laughs Ragland. “And that’s really where my passion is. I love working with emerging, talented artists and helping them, in as many ways as I can, try to rise above the noise. Because that’s probably as difficult now as it ever has been.”

Ragland appreciates the challenges facing artists in today’s ever-changing musical landscape. “You have to hustle so hard nowadays,” he says. “There’s so much unrewarded genius out there that will never be heard of, because they don’t have the business acumen or the work ethic to really sit down and say, ‘I need to spend four hours a day promoting myself.’” The NewSong competition aims to support and encourage those creative artists who recognize that reality.