Matisyahu on LSD (and Jazz and Reggae) 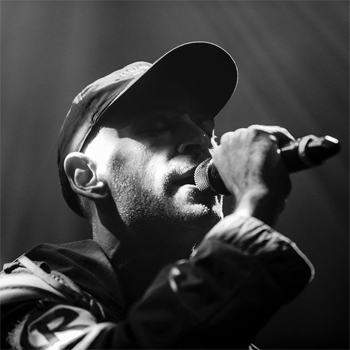 Musician, rapper and beatboxer Matisyahu arrived at his singular style of music via an unusual route. Growing up a Jewish kid in New York City, he says that the first music he explored outside his parents’ record collection was that of reggae superstar Bob Marley. “I loved the music and everything that went along with it,” he says. “And the Old Testament references really piqued my interest.”

He also developed a strong interest in hip-hop, nourished by witnessing the Roots backing Common, along with “a guy named Kenny Muhammad who had a beat box duo.” Matisyahu also credits his first experience with LSD – at age 16 while attending a Phish concert – as another “major influential musical experience.”

All of those influences, filtered through Matishayu’s distinctive sensibility – combine to create his music, a mix of those styles and more. In fact, one of the primary values of jazz – improvisation – is key to Matisyahu’s music, especially live onstage. “I feel a huge kinship with jazz,” he says. “Every night is a new opportunity to create something new. That’s what creativity is; it’s all about entering into that unknown space and taking those risks.”

That musical risk-taking is something that Matisyahu requires from his musicians. “They’re just in love with their music, and that’s it,” he says. “I completely respect that attitude; it’s the approach that I take, too.” He views making music as the relationship between risk and reward: “the more it starts to fall apart, the harder the impact is when it comes back together.”