Michael Schenker Takes it to the Next Level

Michael Schenker is quite likely the most famous and acclaimed German-born guitarist in the history of rock. Picking up the guitar early, by his teens Schenker joined older brother Rudolf in Scorpions, playing on that band’s debut album. His long and winding career subsequently found him handling lead guitar duties for UFO, and then as leader of a number of bands bearing his name.

His bands—all of which have been popular in the U.S. and Europe—have featured a succession of excellent lead singers. And Schenker’s latest project brings all of them together under the banner of Michael Schenker Fest. 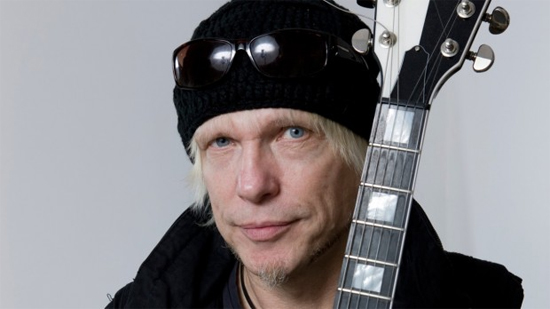 Vocalists Gary Barden, Graham Bonnet, Robin McAuley and Doogie White all have extensive experience working with Schenker, both live and in the studio. And despite the fact that the first three each parted ways with the guitarist—sometimes more than once—Schenker says that they’re all on good terms today. White was already lead singer of Schenker’s current band when the guitarist approached his three former singers about reuniting. “It was like they were waiting, as if it was meant to be,” Schenker says. “They were ready to do it, each one of them.”

Schenker explains away the numerous personnel changes that characterized his former groups: “I could not keep people on retainer, because in my middle years my energy was scattered all over the place.” He believes he’s much more focused now.

When it’s suggested that mounting a concert tour with four lead vocalists seems a difficult task, Schenker laughs heartily. “Yes! Theoretically impossible!” Now at age 62, Schenker views the present as the “third part” of his life. He says he told himself, “it’s a celebration, a time to perform your most popular music with the original singers; this is what needs to be done.”

The Michael Schenker Fest began as a live project; Schenker says that a 2017 concert DVD was well-received and attracted the attention of a number of labels—all of them interested in a studio album. “I said to myself, ‘Wow, Michael Schenker Fest in the studio…that would be a fantastic idea.’” He signed with German label Nuclear Blast, and Resurrection was released March 2.

The album’s title might be seen as a signal that after years of ups and downs, Schenker is staging a comeback of sorts. He neither directly addresses nor refutes that suggestion; instead he jokes that it’s “a little Bible thing. I wanted to call it Michael Schenker Fest in the Studio,” he says, describing the sessions as “having a party, with drink and feast and the control room.” But after recording songs like “Take Me to the Church”—and coming up with cover art based on Leonardo da Vinci’s The Last Supper—Schenker needed a new title. “And so because it’s about everybody coming back together, I decided to call it Resurrection.”

Occasional religious references aside, at its heart, Resurrection is very much in line with the hard rock and metal that has characterized Schenker’s career. His work in the 1970s with Scorpions and UFO is widely praised; by the 1980s, he was leading his own band. But in general, Schenker sees the ’80s as a decade in which hard rock’s paradigm shifted. “That was when the money-making machine commercialized it,” he says. For better or worse, the sound and style of much of 1980s rock led many listeners to think, “Man, it sounds like I can do that too!” Schenker says.

“I was able to withdraw and do my part, do my learning period, use it as my learning period in life,” Schenker says. “I could experiment with music and get things out of my system while they were doing their thing, making money and things like that.”

Today, with those so-called experimental years behind him, Schenker is ready to just plain rock. After decades as a reluctant live performer, he says that suddenly one day, “Somehow, boom, I wanted to be on stage! And I took that as a sign: ‘Michael, you should carry on where you stopped when you were 23 years old. Take it to the next level and complete your journey.’”