Many Americans have the mistaken idea that country music is the sole property of artists from the United States. Certainly that’s not the case: often thought of as forefathers of the Americana movement, four of the five founding members of The Band were from Canada. And in the same way that rock ‘n’ roll was exported to England and served back to us by the Beatles, other musical forms birthed in the U.S. have spread their influence across the globe.

Born and raised in South Australia, Kasey Chambers comes from a musical family steeped in American roots music. After years touring with a band led by her parents, she ventured out on a solo career, debuting in 1999 with The Captain. That first record hit #11 on the Australian charts; the four that followed all reached the top spot. And every single one of Chambers’ solo albums (up to 2015’s Bittersweet) has made it onto at least one U.S. Album chart.

Chambers’ latest album – the ambitious double disc Dragonfly – was released in her home country in January, and sailed to the number-one spot; Stateside release was early June. Her 26-date North American tour began in June, and concluded with a July 22 show at City Winery in Atlanta. 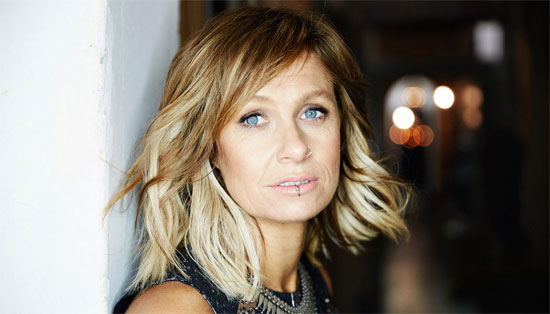 Dragonfly covers a really wide expanse of styles. In making the album, was there a conscious effort to move beyond the country idiom, or was it a natural progression?

I think about the recording process and the dynamics of the song rather than genre. I’m lucky and spoiled in my career that I haven’t had to worry about genre too much. In Australia I’m known as a country artist, but I don’t think anyone is ever surprised if something sounds heavy or sparky, or it’s got a loop on it or something like that. My audience don’t really seem to care too much about genre from me, which is really nice.

I guess I’ve kind of made that clear very early on as well; if they were going to be hung up on that, then they’re probably going to be disappointed.

Another artist whose work really transcends genre is Paul Kelly; I understand you’re a big fan of his work.

He’s my biggest influence in Australian music, without a doubt. Not just as a songwriter and musically, but also just how he handles his career. Not only his success, but the way he has hung on to so much integrity in what he does. Paul has never followed trends. I’m so inspired by him on so many levels, and having him produce a record for me was a dream come true, a real bucket list thing to tick off.

How did you come to work with Paul on Dragonfly?

I just pretty much annoyed him until he said yes! [Laughter] It’s quite the truth, because I’ve actually asked him on a couple of the previous records. He didn’t flat out say no, but the timing just wasn’t been right; he was off touring overseas or making his own record or whatever.

So I just kept asking him, and then this one fell into place. We actually didn’t mean to make a record. We were just going to go in and have a session of maybe four or five songs, and see how that went. And then if it worked, then maybe we would do another session down the track and maybe mix it with some other songs and make a record. But we ended up with 11 finished tracks and so that’s kind of why it turned into a double album.

I loved working with him very much. And yeah, I’m sure that has a lot to do with that he’s such a big influence on me.

How has your approach to making albums changed in the nearly two decades since The Captain?

My approach has really not changed that much, now that I think about it. When I went in to make The Captain, I didn’t know anything about recording at all, really. I’d done a little bit of recording with The Dead Ringer Band but we didn’t really know what we were doing.

And even now that I know a lot more about recording, I still kind of approach it in the same way. I like going in and doing everything live, treating it a bit like a live gig. Every now and then you come up to a song that needs a bit more work, thought and planning, but for the most part I always put my vocals down with the band tracks. I don’t come in and do vocals later; that never really worked for me. I just want it to feel real and like who I am. Vibe always wins over technicality for me.

And now I know a little bit more, I’d like to think, on the production side of things. I get a lot more involved in that than I did back then, which is … I don’t know, sometimes a good thing. Probably not always!