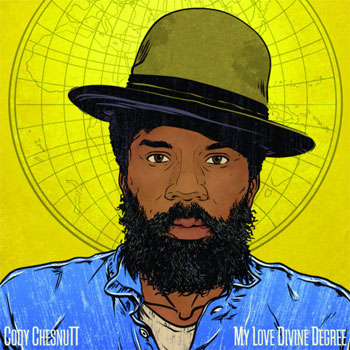 Cody ChesnuTT – My Love Divine Degree
File next to: D’Angelo, Shuggie Otis
Atlanta-based Cody ChesnuTT is the kind of artist who frustrates and fascinates – in equal measure – both critics and fans. His 2002 debut, The Headphone Masterpiece was roundly praised for its quality, all the more remarkable for having been a lo-fi, one-man-band project. But ChesnuTT would renounce many of the disc’s (arguably) sexist lyrics and points of view. The neo-soul/rock/r&b artist went to ground for a decade before returning with the more mature – and musically superior – Landing on a Hundred. With that set, it seemed he had arrived. But five more years would pass before My Love Divine Degree. Deeply textured, idiosyncratic and less than immediate, the disc requires repeated listens to fully appreciate its virtues. ChesnuTT’s music is informed by a wide array of styles from reggae to hip-hop to gospel, but the alluring music he creates sounds like no one else. 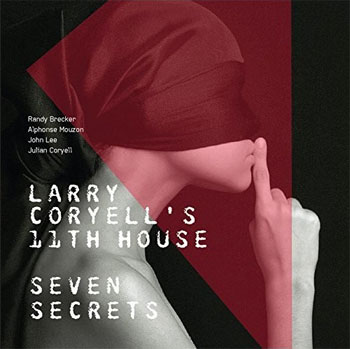 Larry Coryell’s 11th House – Seven Secrets
File next to: Return to Forever, Mahavishnu Orchestra
The body of work of astoundingly prolific guitarist Larry Coryell cross into multiple genres including hard and bluesy rock, progressive, straight-ahead jazz, and fusion. Its the last of these for which he may best be remembered (Coryell died in February). Inspired by his work with fusion greats John McLaughlin and Chick Corea, Coryell formed his own fusion group, originally known as The Eleventh House. Less well-known than other pioneers of the genre, Coryell’s outfit nonetheless helped define fusion on its 1970s albums. More than 40 years after the original group disbanded, Coryell reactivated the group with former members (powerhouse drummer Alphonse Mouzon, trumpeter Randy Brecker and bassist John Lee) plus his son Julian for Seven Secrets. The fiery, adventurous album – Coryell’s final session, as it would turn out – picks up right where Eleventh House left off in the ’70s. 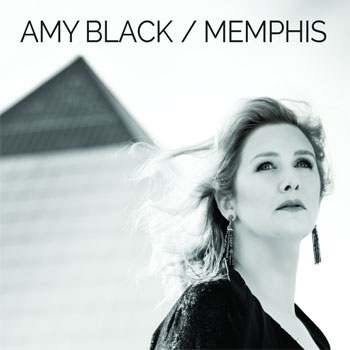 Amy Black – Memphis
File next to: Sarah Borges, Dusty Springfield
Amy Black’s first few albums focused on roots/Americana and classic country, with covers of Johnny Cash alongside Black’s originals. But beginning in 205 the singer – then based in Boston – changed her emphasis to concentrate on music in a southern soul style. After an EP and album both pointedly titled The Muscle Shoals Sessions (and recorded at FAME Studios), Black moved south and continued her exploration of that style. Seven of the ten tracks on Memphis are Amy Back originals, and showcase the vocalist’s deep understanding of the sound and aesthetic of music made decades ago at Stax, Ardent, Sun, Hi and other studios in the Bluff City. Even the titles (like “It’s Hard to Love an Angry Man”) telegraph Black’s point of view: synthesizing country, soul and other genres that have deep roots in the West Tennessee city on the river.