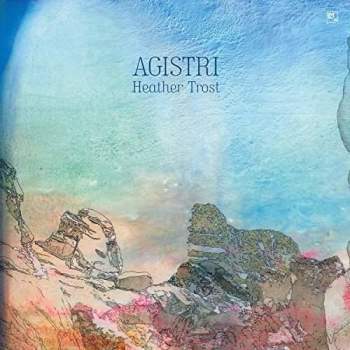 There’s a cinematic sweep to the song cycle that is Heather Trost’s Agistri. Drawing from wildly diverse stylistic inspirations, this collection of eight Trost originals is at once more interesting and accessible than her work with Neutral Milk Hotel. A deeply reverberated ambiance that recalls Beach House serves as the album’s guiding touchstone, and the arrangements recall both French chanson and the kind of sixties pop that might show up in a European film of that era. Trost uses vintage keyboards to good effect, creating a soundscape that recalls the past without overtly seeking to recreate it. Often as not, her vocals are just one of many sonic elements in the mix. But what could end up an a clattering mess somehow works as a unified whole. As fine as Trost’s originals are, it’s her reading of Harry Nilsson’s “Me and My Arrow” that’s the standout track on Agistri.