Brown believes Tommy is “an amazing piece of work. But rock opera? I don’t buy it. There just isn’t a real name for it.” And so it was with the suite of songs on Side One of The Crazy World of Arthur Brown, with “Fire” as its centerpiece. Brown thinks of that suite as a dream piece or poem rather than any kind of rock opera. “My thing was a whole piece of sides about a journey inward, with fire as the basic symbol,” Brown says. Fire “was a portal through which somebody could get to an inner world that had figures in it.” The featuring of characters was something Brown felt essential to the concept. 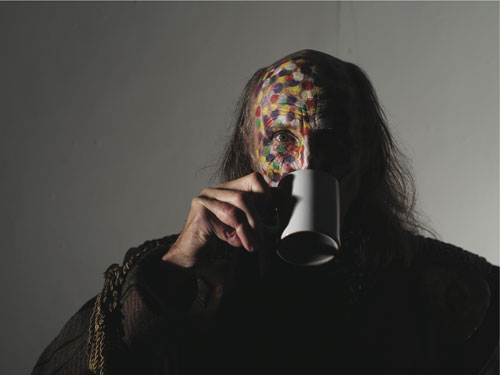 “I thought, ‘Well, if I’m singing about this journey, I need to put characters in. Because your average audience are not going to relate to just abstract stuff,” Brown recalls. One of the main characters was the God of Hellfire. But Brown says that Lambert had reservations. “We can’t do it a whole album of this silly thing about fire,” Lambert told him. “Nobody’s going to want to listen to that! We’ve got to put some stage numbers on this album.” So the two men agreed: writing with organist Vincent Crane, Brown would be creatively in charge of Side One, while Lambert would oversee the second side full of stand-alone tunes. The centerpiece of Side Two would be a melodramatic reading of Screamin’ Jay Hawkins’ classic “I Put a Spell On You.”

Predating shock-rock and the theatricality of groups like Alice Cooper, The Crazy World of Arthur Brown was, to coin a phrase, absolutely incendiary onstage. For “Fire,” Brown appeared in ghoulish face paint, and headgear that shot flames out of it. And while that’s the most memorable visual image of late-sixties Brown, there were others, some of which threatened to overshadow the band’s music. “There was a point in about 1969,” Brown admits, “when the visuals got so elaborate that they impaired the performance. My relation with the audience was slightly sidetracked.” 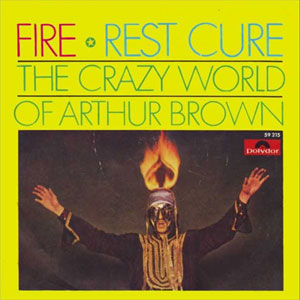 Brown relates an amusing story, one that could easily have found its way into Rob Reiner’s classic 1984 film, This is Spinal Tap. He describes his costume for the performance of “Time,” one of the album’s tracks from the “Fire” suite. “I had a UV gown, and then strapped to my back a motor. On the front I had this huge, shall we say, an astrological clock.

“But the clock was from the ground to my chin – a huge disc – so all you could see was my head,” Brown continues. “And on my head there was a helmet with wings and the turning planets. There was wonderful color and everything else, but that kind of costuming really kind of got in the way. I couldn’t really move!”

Still, Brown defends the multimedia focus of his shows, a quality that endures to this very day in sets by The Crazy World of Arthur Brown. “The music was just so strong and theatrical itself,” he says. “The visuals and music complemented themselves.” Early concerts made extensive use of strobe lighting, but concerns about inducing epileptic seizures meant those were eventually phased out, says Brown.

The Crazy World of Arthur Brown toured in support of its album, to great acclaim. But drummer Theaker’s aversion to flying meant that he would exit the group, replaced by Carl Palmer. When the original group split circa 1969, Palmer would form Atomic Rooster with Crane before decamping to join forces with Keith Emerson and Greg Lake in ELP.

Brown retired the Crazy World label in 1970, going on to release a series of quirky yet intriguing albums under his own name, leading the groundbreaking and constantly style-shifting Kingdom Come. He reunited with Crane for a one-off 1979 album, Faster Than the Speed of Light. Brown also lent his talents to recordings by The Alan Parsons Project, and worked with artists as diverse as the Pretty Things, Die Krupps, Hawkwind and former Mothers of Invention drummer Jimmy Carl Black. 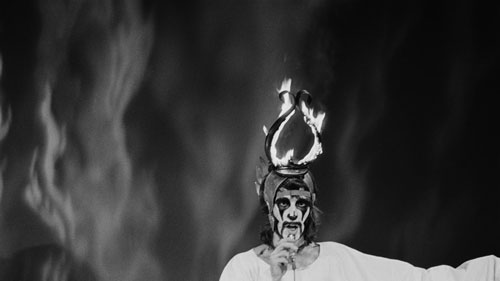 Amid his ongoing musical activity, in the 1980s Brown made what might have looked like an odd career choice. Moving to Austin, Texas, he enrolled in college and earned a Masters degree in counseling. Brown doesn’t view his counseling work as inconsistent with his musical pursuits; in fact there’s a direct connection between The Crazy World of Arthur Brown’s emphasis on an inward journey, and his counseling work. “They kind of both span some of the same root, really,” he says.

Brown was born in England in 1942, while World War II was still raging. Like most Britons, his family suffered during the war. “My grandma had a hotel that was blown into dust while we were in the basement,” he recalls. Because Brown’s father was in the Royal Air Force, the family moved to London. He recalls that one day, “my mother took my brother and I out to a walk. We got about 400 yards away from the house, and then it was blown to dust. People were killed.”

His father was apparently a modern-thinking individual; “quite a remarkable man,” Brown says. He brought a mental health expert in to counsel the family, helping them cope with what today is known as PTSD. One of the things the man taught young Arthur was meditation. “That, of course, set me on an inner journey right there,” Brown says. So when he started writing his own songs, his lyrical emphasis “was less concerned with cars and all that stuff, and more with what was going on inside.”

In the last decade, Brown has released a number of albums, including a 2011 live set (the vinyl-only The Crazy World of Arthur Brown Live at High Voltage), and 2013’s studio album Zim Zam Zim. His 2017 tour features a “new” lineup of TCWOAB, though most of the band members have been aboard since 2000. And Brown’s exploration of inner worlds continues apace. 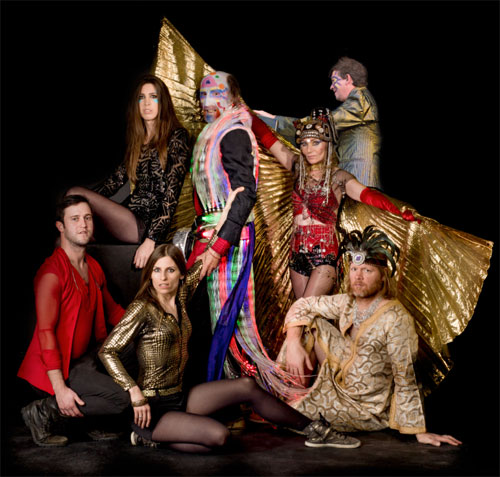 “I love checking out new things and finding new, different ways to do things,” Brown says. “It makes me feel alive.” And the man who arguably brought theatricality into rock – and was among the first to use a drum machine on a recording, with Kingdom Come’s 1973 album Journey – continues to innovate. In recent months he’s begun a new recording project. “I’ve just done the first mix of a track using just my brainwaves,” he says. “No hands touching anything.” As the 50th Anniversary of The Crazy World of Arthur Brown approaches, The God of Hellfire continues on his journey, musical and otherwise.