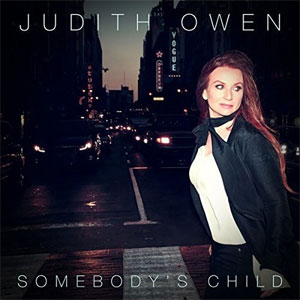 Judith Owen‘s impressive résumé includes a run as a key member of Richard Thompson‘s “1000 Years of Popular Music” tours, but she has a formidable body of her own work. Somebody’s Child is her 11th album, and here – joined by (among others) two of the singer-songwriter genre’s finest go-to players in Leland Sklar and Waddy Wachtel – she’s made yet another deeply engaging album. Crystalline production and arrangement put the focus squarely upon Owen’s winning, emotive vocals and acoustic piano. Her strong sense of melody and knack for a memorable lyric is on display on “Send Me a Line.” Quieter moments like “Mystery” conjure a contemplative air, while the timeless feel of “Tell All Your Children” displays her gift for minimalist, understated pop. And a cover of Roxy Music‘s “More Than This” proves that Owen’s skills as a musical interpreter rival her songwriting abilities.