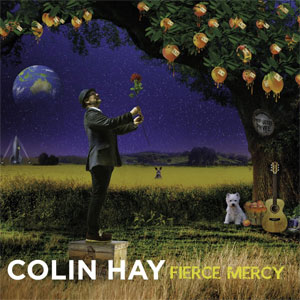 File next to: Men at Work, David Gray, Paul Kelly

Colin Hay long ago left behind the bouncy pop of Men at Work, though his solo releases are every bit as warm and inviting. Hay possesses a voice that suggests an effortless ability to convey the emotion in his story-songs. Recorded in Nashville, Fierce Mercy does indeed take on the musical characteristics of that city, but Hay’s aesthetic vision is wide-reaching enough to transcend pigeonholing. The sweeping, Phil-Spectoresque grandeur of “Secret Love” provides Hay with an opportunity to show a vocal range only hinted at in most of his other work. “A Thousand Million Seasons” displays his wistful side, and “The Last to Know” is resignedly melancholy. Fierce Mercy is most certainly not a rock album; instead it’s is a grown-up record for grown-up listeners, made all the better by some of the finest arrangements of Colin Hay’s 30-plus year career.