Throughout the course of his long and musically varied career, Alejandro Escovedo has explored many musical forms: punk, country, rock and more. In 1998 influential music magazine No Depression named him its Artist of the Decade. And while his recent string of albums featured him working closely with celebrated producer Tony Visconti, for 2016’s Burn Something Beautiful, Escovedo did what he’s done countless time in his career: changed direction.

“Tony’s the kind of producer that inspires you to go beyond your own kind of self-imposed limitations,” Escovedo says. “He finds something in you that you really didn’t know even existed, and he nourishes that.” Still, after three albums with Visconti, Escovedo hooked up with some new collaborators: Scott McCaughey (Young Fresh Fellows, Minus 5) and former R.E.M. guitarist Peter Buck. 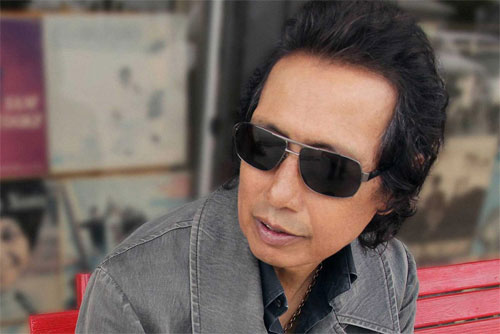 Both Buck and McCaughley – as well as band members Kurt Bloch (Fastbacks) and John Moen (the Decemberists) – live in the Pacific Northwest; that region’s enduring reputation for hard-edged rocking informs Burn Something Beautiful. “I don’t think I could have made this record in any other location than in Portland, Oregon with those guys,” Escovedo says. “They brought that Northwestern fuzziness and distortion, in-your-face guitars, and an adventurous spirit that I love very much.”

The studio band is touring, too, so concertgoers can expect that razor-wire rocking vibe live onstage as well. “I have rocked in bands before,” Escovedo says, “but I don’t think I’ve made a record [as] raw and visceral since Buick MacKane” (The Pawn Shop Years, 1997).

But there’s more to the new record than just hard rock. Escovedo believes that Burn Something Beautiful “defines everything I’ve ever loved about rock and roll. I can hear Mott the Hoople in it; I can hear Bowie. I can hear Brian Eno. I can hear all the things that I’ve always loved.” He says that Buck and McCaughey – with whom he co-produced and co-wrote all of the songs – “are very good at helping me exploit those areas without over-producing; they don’t get in the way of the song.”

Health scares, a major hurricane and relocation from his longtime home of Austin, Texas all left their marks on Escovedo, whose emotionally straightforward work has always tackled personal and universal issues. There’s more than a hint of resignation and regret in a tune like “Farewell to the Good Times,” but the new album is generally upbeat.

And while Burn Something Beautiful isn’t overtly political, the issues of the day are never far from Escovedo’s thoughts. He mentions two songs from his catalog – both co-writes with Chuck Prophet – that he says “apply to what’s going on today. There’s one called ‘Can’t Make Me Run,’ and another, ‘Sally Was a Cop.’” Both songs deal with the United States’ border with Mexico, as do “Wave” and “Ballad of the Sun and the Moon,” songs about Escovedo’s father crossing that border many years ago.

Escovedo also cites a 2000 stage play with which he was involved, By the Hand of the Father. “It’s the story of five different men who were born at the turn of the century in Mexico,” he says. “And it chronicles their journey across the border, all the jobs that they had to do in order to survive, and the families that they created and established in different parts of the southwest.” The play is notable as the first theatrical work broadcast on the customarily concert-focused Austin City Limits.

“I’d like to bring that play back now,” Escovedo says, “in order to address the immigration problem that’s happening as a result of having a fascist as the President.” His creation of original music for that play and his approach to song lyrics – on 15 solo albums and various collaborations – illustrate his love of storytelling. “I love narrative,” he says, “and I like musical exploration.”