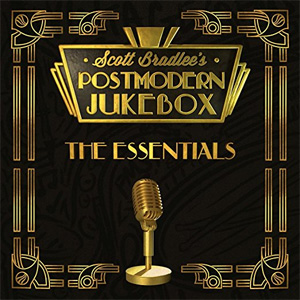 File next to: Buddy Rich, Either/Orchestra

On paper, it seems like an inspired concept: assemble a top-notch band that can play anything, bring together a wildly varied collection of contemporary songs from a variety of genres, and recast those songs in the styles of yesteryear (hot jazz, swing, etc.). And it works just as well on record. PMJ – a rotating cast headed by Bradlee – is nothing if not prolific: since debuting with a 2013 digital EP, the collective has released literally hundreds of songs via weekly online postings. Now smartly picked up by a major label, PMJ presents a kind of best-of showcasing their creative breadth. There are lots of winners here, but one of the most effective is a reading of the Celine Dion hit, Titanic‘s “My Heart Will Go On.” Recast here as a doo-wop extravaganza with the vocals of Mykal Gilmore, it positively sizzles.