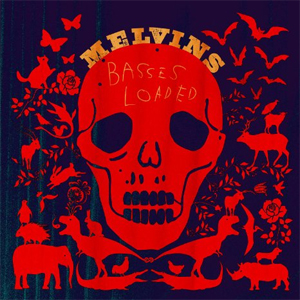 File next to: The Sword, Black Sabbath, Sunn O)))

Loosely – and really only geographically – associated with the Pacific Northwest grunge scene, The Melvins long have stood apart from Nirvana, Pearl Jam and the like. For awhile now they’ve played live gigs with two drummers, but in reality that has been all about locking in the sonic bottom end. So building an album around the insistent throb of the bass guitar is in keeping with their aesthetic. The punning title refers not only to the four-string but to the appearance of every Melvins bassist – past and present – on this delightfully thudding record. A left-field Beatles cover (“I Want to Tell You”) is a highlight, and borders on being a piece of ear candy. The disc ends with “Take Me Out to the Ball Game,” a playful poke in the eye to listeners.