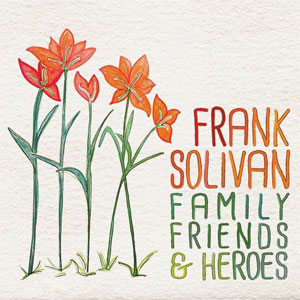 “It’s like the old saying, ‘The way to a man’s heart is through his stomach,’” says mandolin player Frank Solivan. “If you have a good meal, everybody’s just a little more at ease. And when you hear them say, ‘Oh! Mmm, this is good,’ that’s just a whole ‘nother layer of the connective tissue between artist and fan.” Solivan combined his bluegrass with menu selections from his upcoming cookbook when he and his band Dirty Kitchen played at Isis Music Hall & Restaurant on Thursday, March 31.

Solivan’s latest album, Family, Friends & Heroes, showcases his spontaneous approach to making music. Many of the tracks were recorded live in the studio. On those tracks, the musicians were “all in the same room, microphones are set up, and we’re able to see each other,” Solivan says. “There’s something to be said, something honest that comes across with things that aren’t totally polished. In the studio, you can fix just about anything.”

He provides an apt analogy: “You see those magazine covers with the photo of the pretty girl before and after. They trim up the waist, they bring up the breasts, tuck in this and trim up that. The same kind of thing can be done in the studio, but we just wanted to be honest. I think that honesty comes through on this new record.”

The personal circumstances around the making of the album influenced the final product. “My mom sang ‘Wayfaring Stranger’ on the record,” Solivan says. “And she passed away shortly after we recorded that. Maybe it’s even foreshadowing that she sang and recorded that particular song.” He sings a bit of the lyric: “I’m going home to see my Father.” 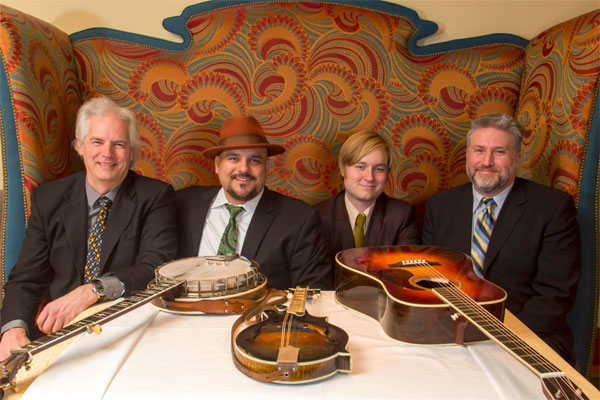 But Family, Friends & Heroes isn’t a collection of melancholy tunes. In fact, there’s a playful mindset at work, as evidenced in a reading of Roy Orbison’s “Oh Pretty Woman” that cleverly works in the signature guitar riff from The Beatles’ “Day Tripper.” Solivan recalls, “We were just messing around in rehearsal one day, and our banjo player said, ‘Let’s try this.’ We did, and then we decided, ‘Let’s figure out a way to keep that in there!’ All that stuff is connected. And it’s pretty wild.”

Though the record is rooted in the bluegrass tradition, it’s also designed to appeal to a wider audience. “If people listen or give my music a chance, they’ll find something they like,” Solivan says. “I’m sure of it. There are so many different styles of American music. We typically get pigeonholed into the bluegrass scene, which is fine, because we do play bluegrass. And we love the bluegrass community. Under that big umbrella, there’s newgrass, traditional, contemporary, progressive, whatever.”

He adds, “I’m starting to call it ‘allgrass.’ Because we play all of that stuff, and then we try to have our own sound as well.”

Solivan explains the meaning behind the album’s title, Family, Friends & Heroes. “The first part of that is family. We sit around in the living room and play music all the time. We have meals, and then the next thing you know, everybody starts to whip out their instruments and play. And sometimes it creates a positive environment to just be with each other.”

For the Dirty Kitchen’s current tour, Solivan decided to combine the concert experience with the camaraderie that arises out of a shared meal. In selected cities, including Cazenovia, NY, and Bristol, TN., Solivan and his band actually cooked enough food for about 100 guests.

In Asheville, Solivan brought the spontaneous approach of his music to the kitchen: “We haven’t quite figured it out totally, but I know they’ll feature one or two items on the Isis menu,” he says. At press time, plans called for Solivan to join Isis chef Chris Jones in the kitchen to prepare Solivan’s osso bucco and roasted tomato caprese crostini.

Solivan has collected his favorite recipes in a cookbook, currently in what he describes as “the last stages of development. The recipes — and I use that word pretty loosely, because I want it to be more like a guide book — will provide a little more comfort for people to be in the kitchen, and not be too stringent on rules,” he says. Solivan says there are plenty of comparisons between cooking and making music, “Because you’ve got to do it to your own tastes.”