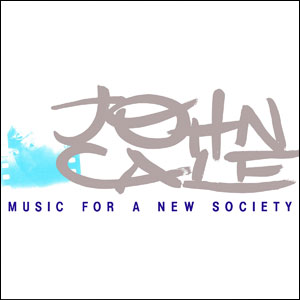 John Cale has never been one to trade on his Velvet Underground fame; he’s long since left behind the music of those days. His main instrument these days is keyboard, not cello. On Music for a New Society/M:FANS, he presents a deeply melodic, meditative approach. His voice serves as a handy abrasive element that nicely sets off the near-pop textures of his electric pianos. “Taking Life in Your Hands” features keening cello scrapes that fly in and out of the mix like transparent demons in a haunted house. Industrial sounds form the basis of the eerie “Thoughtless Kind.” “Sanctus (Sanities)” feels like the VU classic “The Gift” as re-imagined by Phil Spector. Foreboding and more than a little challenging, M:FANS will please admirers, but isn’t likely to win Cale many new followers.