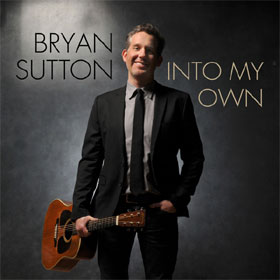 The Asheville music scene has its share of local-boy-makes-good stories. And with his 1997 debut onto the national scene, guitarist and Asheville native Bryan Sutton quickly made a major impression in bluegrass and the wider music community. Named IBMA’s Guitar Player of the Year eight out of the last fifteen years, Sutton has also won a 2007 Grammy. And his latest album, Into My Own, was nominated for a Grammy in the Best Bluegrass Album category.

Though he’s now based in Nashville, Sutton’s local roots run deep, and inform his music. “My initial exposure to music was in Western North Carolina mountain towns,” he says, “with my grandfather playing fiddle and my Dad playing banjo.” Though he’s played – and still plays – rock and jazz guitar, his first love remains the mountain music of his heritage. “A lot of what I experienced as a kid growing up in Asheville – Shindig on the Green, for example – is still there.” He credits Asheville’s approach to music as part of his own musical development. “Anybody can fit into Asheville’s music scene; it’s really open and lovely. If I still lived there, I would be as active as I could be. When I come to Asheville, it really does feel like coming home.”

On Into My Own, Sutton adds something new: his vocals. But while his singing voice might be new to listeners, it’s not new to him. “I sang in a band we had when I was a kid; it was my Dad, my sister and a couple of our friends. I was never a lead singer, but I sang a lot of parts.”

“But in the last ten years, I’ve been leaning into wanting to do more lead vocal work. For me, it’s a good combination of a natural step and a necessary challenge. I never want to get too comfortable with what I’m doing.” 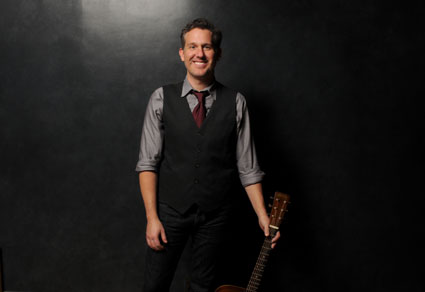 And even though he thrives on challenges, on exploring new dimensions in his music, Sutton is comfortable within the bluegrass idiom. “My goal is always to honor the traditions in bluegrass, but also to include what’s original to me, what might be considered more progressive.”

Sutton’s arrangements on Into My Own showcase the musical contributions of his fellow players; he immerses himself into the songs. He says that approach is a hallmark of two American musical forms that he loves: bluegrass and jazz. “The energy is about getting like-minded people together,” he observes. “I really enjoy that energy in the music of Sam Bush, Stuart Duncan and a host of other people in bluegrass. It’s a precedent that was set early on: one musician doing something, making a statement, and then another one coming along and answering that or adding to it.” It’s just part of what Sutton calls “the DNA of bluegrass.”

And Sutton brings that same sensibility to his work as an in-demand Nashville session player. “In the end, the session player is kind of like a character actor. The role of a session guy is to get your own self out of the way, to be the vehicle for somebody else’s ideas.” And while he showcases his own music on Into My Own, when it comes to session work, Bryan Sutton is as skilled a musical “character actor” as you’ll find in Nashville: “Any given day,” he says with justifiable pride, “I can be a rock’n’roll acoustic guitar strummer, or I can play a fanciful, classical-sounding solo. And hopefully I’m able to nail whatever I’m doing.”