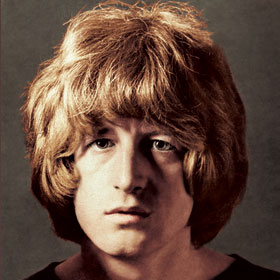 Much has been written about (Apple band and Beatles protégés) Badfinger. And the most notable, in-depth writing about the star-crossed quartet has come from two sources: Dan Matovina‘s Without You: The Tragic Story of Badfinger, and Michael Cimino‘s Badfinger and Beyond: The Biography of Joey Molland.

There’s no research/interview overlap between the two books, and they come from (shall we say) vastly different viewpoints. Guitarist Molland – now the sole surviving member of the group – initially cooperated but later refused to be interviewed for Matovina’s deeply-researched book (to say Molland and Matovina don’t get on well would be a massive understatement). And the families of deceased members Tom Evans (bass), Mike Gibbins (drums) and Pete Ham (guitar) weren’t involved at all in Cimino’s book, which draws only from Molland’s point of view.

Right here is where I should say something along the lines of, “Read both and decide,” but I’ve only read Dan Matovina’s book, and must say that it strikes a deep chord with me. I don’t have any plans to read Cimino’s work. There’s an argument that the two books shouldn’t even be compared, but the fact remains that they represent the only book-length coverage that this underrated band has received so far. But back to the music…

While all four Badfinger members wrote – Gibbins was the least prolific, but even he penned a few of Badfinger’s strongest deep album cuts – the most successful songwriter by far was Pete Ham. With a voice for the ages, his heartfelt songs seemed to capture and encapsulate a wide range of emotions (though heartbreak was perhaps his most common theme).

Going back to Matovina for a moment, the author has also busied himself with many Badfinger-related projects beyond the 1998 book. Working closely with the estate of Pete Ham, he curated/produced a pair of albums featuring the guitarist’s unreleased music. Adding subtle, tasteful instrumental augmentation to a select few of the original tracks in a manner not unlike the surviving Beatles’ work on John Lennon‘s “Free as a Bird” and “Real Love” (and leaving the vast majority of Ham’s demos intact), this pair of albums – 1997’s 7 Park Avenue and the 1999 release Golders Green are fine additions to the Badfinger-related canon. And one well may have thought that these exhausted the unreleased cache.

But no. After a long quiet spell, and working with funding through a Pledge Music program, Matovina has put together two more CDs of unreleased Pete Ham music. And in keeping with his relevant place-name theme, this new set is entitled Keyhole Street: Demos 1966-67. Documenting some of the young Ham’s earliest recorded efforts (he was 19 and 20 when he laid down these tracks), Keyhole Street shows the surprisingly well-developed and mature songwriting prowess of the man who’d soon go on to write the classics “Day After Day” (Billboard #8) “No Matter What” (Billboard #4) and “Baby Blue” (Billboard #14) all on his own.

But even at the tail end of his teenage years in Swansea, Wales, he had a command of songwriting, song structure, lyrical development and – even on these relatively primitive demos – arrangement that (in retrospect at least) shows he was destined to create some timeless music. Unlike the pair of previous Ham releases, Keyhole Street doesn’t add modern-day overdubbage; what we have here are 56(!) songs featuring Ham himself, with only his voice and guitar. Using a Revox two-track sound-on-sound home tape reel recorder (the same piece of machinery used to similar ends by young men named Lennon, McCartney, Townshend and others of their ilk), Ham crafted recordings that sound surprisingly “finished.” While Ham wrote and recorded these songs during his Iveys (the band that became Badfinger) days, few of the musical ideas sketched out on this CD found their way into Iveys tunes. Knowingly or not, Ham was busy building a deep catalog of songs.

True, in his early years, many of his efforts were derivative of other styles – Motown, girl group, etc. – and some of the tunes sound a bit like thin rewrites of the hits of the era (the guitar fill on “Never Felt Like This” is straight out of The Monkees‘ “I’m a Believer”). But Ham’s distinctive voice renders every one of the tunes into something unmistakeably his own.

Had Ham lived, and had Badfinger’s history taken even a slightly less disastrous turn, he clearly could have weathered any subsequent songwriting dry spell merely by revisiting and reworking any number of the tunes from his youth. But while the original band and the man didn’t survive to see the second half of the 1970s, this collection of more than four dozen previously-unheard songs is a gem to be discovered today.

A couple of programming notes: as one of the premiums available to those helping with the Pledge Music campaign, a group of esteemed musicians did indeed gather to augment a pair of tunes not included on Keyhole Street. “No, Let it Go” and “You’re Such a Good Woman” feature new backing from Wondermints/Brian Wilson band members Probyn Gregory and Nelson Bragg, the why-isn’t-he-famous Chris von Sneidern, and others. And in tantalizing news for those who can never get enough of Ham’s recorded output, word is that this lot has prepared other unreleased Pete Ham music for future projects. So stay tuned. But in the meantime, get Keyhole Street while you can. The current run is a limited edition of 1000, so until a smart label comes along and licenses the collection for wider distribution, when they’re gone, they’re gone.

Note: In the interest of accuracy, a few edits to this review were made post-publishing.