Bill Kopp: The Cleaners From Venus enjoyed – or endured — a brush with the big time in the UK around the release of ‘Ilya Kuryakin Looked at Me,’ didn’t they? 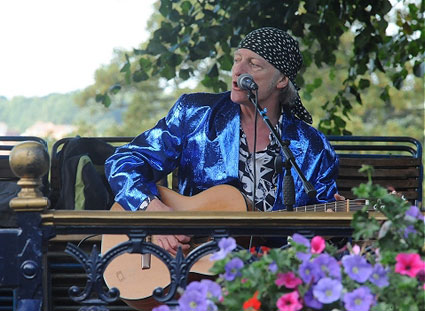 In fact there’s a huge chunk of show biz in me. But in the eighties I got a sort of reputation as being like a Syd Barrett. I had broke up the band, and people were saying, “He’s gone ‘Brian Wilson.’ He doesn’t want to go out on tour.”  The thing is, I’ll do gigging. But touring isn’t, I don’t think, a very healthy environment. And the other thing is drugs. You see, I did loads of drugs between the ages of seventeen and twenty. And then I stopped! And apart from a couple of temporary aberrations, I never went back to it. And the result of that is that I’m enthusiastic, healthy, and very interested in what I’m doing most of the time.

I’m fond of a drink. And I’m also fond of wearing tight black trousers, so that rules out drinking too much beer these days. But I want to hold onto my marbles; I think I still have most of them. I’ve gotten tweedier; I’ve gotten interested in books, history, things like that. And I think that’s as it should be. It would be really sad if I were prancing around in leather trousers with my foot up on the monitor.

BK: I know what you mean. I’ve recently started listening to jazz.

Martin: I love jazz. Stan Getz, bits and pieces of Miles Davis, things like that. I don’t like jazz when it sounds like people torturing small animals and banging sticks together. Oddly enough, the kind of jazz I like is almost lift [elevator] music. I’ve got a huge soft spot for “loungecore.” And I could put up with some Carpenters in my collection now; Carpenters were fucking great.

At the height of Deep Purple’s fame, Ritchie Blackmore was asked, “What do you listen to after a Deep Purple gig, Ritchie?” And he said, “The Carpenters.”

BK: You know what he’s up to these days, don’t you? 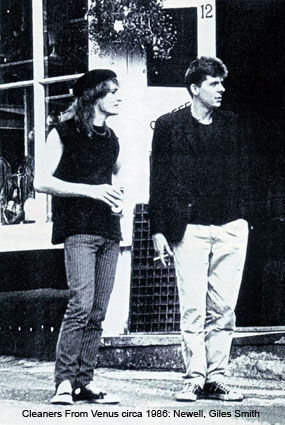 Martin: Well, according to someone he was in a band with before Deep Purple — a guy called Chas Hodges – Ritchie spends a lot of his time in Central Park walking around in a tall hat being medieval or something…

BK: He plays renaissance fair-type music with his Missus. But with the odd bit of Stratocaster. Of course that comes as a bit of a shock if you’ve just been listening to “Highway Star.”

Martin: When I was working on Chas’s story [for BBC’s Inside Out series — ed], and trying to research very early English bands, I interviewed people who I regarded as salient in the birth of British rock’n’roll. And of all of them, Blackmore was the one who was most difficult to interview. I had to go through a number of record companies; it was almost like, “Oh, you want an interview with the king, do you?” Finally someone in America put me in touch with him in New York, and he eventually answered a few of my questions by email! I mean, he could’ve just made a phone call and told me what I wanted. I didn’t want to know about Deep Purple or any of that rock-god shit; I wanted to know about the birth of English rock’n’roll in a period which I call “somewhere between half-past-Elvis and quarter-to-the-Beatles.” 1961-62; he was there.

BK: He was a session guy; he was on all kinds of stuff.

Martin: He was a very good one.

Martin: He played on Lulu records, Donovan records…and Jimmy Page as well. I hold Jimmy Page in particularly high regard. I’ve never met him or anything. With that generation of rock musicians, unless you got really, really famous, you didn’t meet them. The people who are the pioneers of the sixties, I mostly haven’t met them. But during the Cleaners From Venus I had Dick Taylor from The Pretty Things ask me to write some songs for them, But then Phil May came back from wherever he was, and he said, “No, no, he’s not writing any songs for this band.”

The songwriters that I adore — everyone from Irving Berlin to Carole King – if they write a good song, they’re up there with the gods.

Bill, you’ve got quite an impressive CV; I’ve looked you up. You’ve gotten some very difficult interviews. 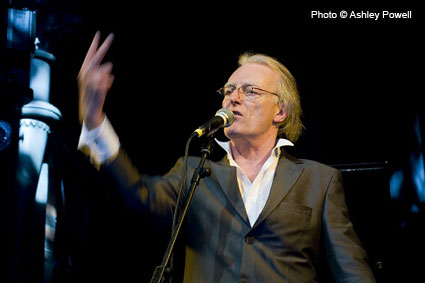 BK: Besides the Chas Hodges feature, you’ve done some music journalism work yourself.

Martin: I don’t often interview people myself, but a very very good music mag here asked me if I would interview Rod Stewart. I said, “I can’t.” They said, “But you write for The Independent.” I said, “And you’re Record Collector. I can’t tell him I’m doing an interview for them when you’ve asked me to do it. It would be very difficult.” But they gave me a number and said, “Well, just try.”

So I rang up this number, and the guy who answered said “He’s only in the country a short time, and he’s not doing any interviews.” So I said, “But I have a really new angle.” He said, “What’s that?” I said, “Well, you know how everybody talks to him about his cars and his wives and his money and football and all the rest of it? Well, I would like to just interview him about his music.” And the guy said, “You’re right; that is a good angle.”

A week later the phone rings. And I’ve just got in from the early evening drinking. The guy on the phone says, “It’s Rod.” Rod who? “Rod Stewart.” And I’m thinking, “Fucking hell!” I asked him everything I ever wanted to ask him, and typed up the whole interview in a day and a half. It was three thousand words; I cut it down to two thousand. And after that they thought I walked on fucking water.

I interviewed Mick Fleetwood too, but he wasn’t nearly as interesting. Because he couldn’t remember as much stuff. Rod Stewart has the memory of an elephant. And he’s a nice man as well.

BK: So are the Cleaners back to stay, was this a one-off (two-off, really) or haven’t you decided yet? 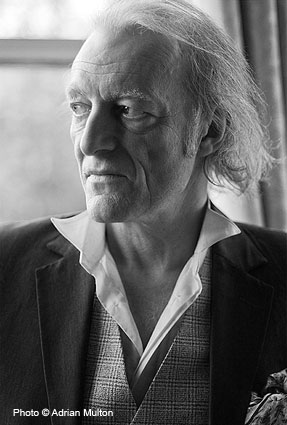 Martin: I’m recording at the moment. I’m making the follow-up to English Electric. It sounds like English Electric, only a bit different because I’m writing different songs. But it’s like boys’ day out in the shed: you don’t know what’s going to happen. It’s like you don’t know how your kids are going to turn out. You can make all your plans, but they turn out the way that they turn out. And my songs are like that.

BK: So, any idea when the next Cleaners album will be out?

Martin: Well, Dave who works with me, teaches Tai Chi. I call him Tai Chi Dave. He helps me record, and I like one of his songs so much it’s actually going on an album. I play in a three-piece band with him [Hurricane — ed.] that mostly does very old Bob Dylan stuff. And I used to hate Dylan. But I’ve really got to like it very much now. So I play bass for them and just do some backing vocals. And we play country pubs where nobody throws anything.

Anyway, we’ve already got four tracks. Once we get about sixteen or twenty, we’ll just pick the best of those, print it off and say, “That’s an album.” We’re not sure about a title for it yet. My significant other came up with a title last night. There’s an area in England called the Lake District; when she was a kid – about six or so — she called it the “Late District.” So I think that would be a really good title for an album. But it doesn’t matter what it’s called; I just want to carry on doing more of the same. So working whenever Dave can record me, we’ll finish another album. We’ll finish about June – or maybe earlier – and then we’ll put it online, see if Ray [Gianchetti of Kool Kat Muzik] is interested in it, and just see what happens.

BK: Any plans to tour?

Martin: I haven’t ruled out going to America, but I’d probably have to sail there. I don’t want to go to an airport, standing there at four in the morning with your shoes in one hand and your belt in the other while someone x-rays your aftershave. It’s so stupid; if they’re gonna kill you, they’re gonna kill you. Why not just get on the plane?

English Electric and The Stopping Train are available from Kool Kat Muzik. Keep up with Newell at www.martinnewell.co.uk