Finally, a Reliable English Electric: A Conversation with Martin Newell (part one) 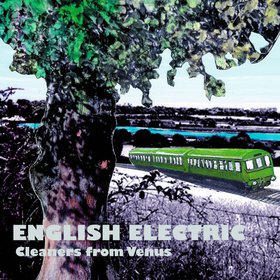 I recently enjoyed the rare treat of a lively and wide-ranging conversation with Martin Newell. He’s largely unknown to American pop audiences, and that’s quite a shame. His music is pop in the best sense of the word: infectious melodies, straightforward instrumentation, witty (but never precious, arty or overly self-conscious) lyrics with clever turns of phrase, Newell’s music is in many ways the logical progression from the best music of the 1960s.

Newell’s approach has earned him heaps of critical praise, and a reputation as a pioneer in the DIY movement. Back in the 1980s he began recording his sturdy pop songs using fairly primitive home equipment, and releasing the results on cassettes via mail order. In that sense he’s something of a UK counterpart of America’s own underground DIY king R. Stevie Moore, but Newell’s work – under his own name and as the Cleaners of Venus – bears a more conventional, melodic approach than the often bent, avant garde stylings of Moore. His latest pair of albums resurrect the Cleaners From Venus moniker (for reasons he’ll explain presently) and bear the musical hallmarks that have turned many who’ve heard him into hardcore fans.

My original plan was to speak with Martin and then craft a feature around the best quotes. I should have known better: Newell is eminently quotable, and whatever the topic – his work as a music journalist, his thoughts on the aesthetics of recording, his humorous recollections – it was too good to edit down to a stack of quotes. So here’s most of our conversation, with the occasional comment from your humble host (in blue).

Newell disarmingly kicked off our conversation by telling me, “I just had a listen to some of my old records to remind myself exactly what it is that I do.”

Bill Kopp: What makes English Electric and The Stopping Train a pair of Cleaners From Venus records rather than the latest offerings from Martin Newell? Or, Brotherhood of Lizards, for that matter.

Martin Newell: The Brotherhood of Lizards is really different, because Nelson was involved. We were fifty-fifty partners in that. Even though I was the main songwriter, nothing got done without Nelson. I suppose he was sort of like the House of Lords: The House of Commons can do something, but the House of Lords can soon stop it.

But these are Cleaners From Venus albums because they were made with the very same sort of facilities, and in a very similar way. I write the songs the day before I go into the studio, pretty much. And it’s the same with production and creation values. The whole thing about Cleaners From Venus is that it was an anti-reaction to the music industry. I was really shocked when I got into the music industry and learned that people took months doing things. I thought, “Shouldn’t we write the song today, record it tomorrow and release it the day after that?” Because that’s what the Beatles and the Hollies and all my heroes used to do. Mainly because they were forced to do it.

BK: There’s a precedent for that approach; when The Beatles started Apple, they had an imprint called Zapple that was designed to release albums that were sort of spontaneous; the idea was that they’d retail for less. George Harrison’s Electronic Sounds and some of the John and Yoko stuff came out on Zapple.

Tell me about the recording of these new albums. 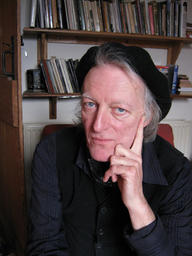 Martin: We made these new Cleaners From Venus albums in Dave Allen’s shed less than a year ago. I just said to him, “‘Let’s do some recording.” And it’s literally a garden shed with a little eight-track machine in it. Two hundred quid’s worth of equipment. It’s the sort of thing someone still in high school could buy, if they wanted. But they don’t know how to use those things!”

We had one Shure SM-58, my Rickenbacker, my two-hundred-quid guitar, and some drum sounds; I might have collected a tambourine somewhere. The thing is, it worked right from when we started. It was just like I used to do, so I thought, “Why don’t we just do this?” What it is, is fun. The Cleaners From Venus was fun. And it stopped being fun sometime after we started getting in big studios.

I’ve got nothing to lose now, and nothing to gain. I haven’t even registered the English Electric songs yet with any sort of publisher; I haven’t even filled in the forms. I don’t care. I didn’t even send review copies out. I told people about it on the web site, I released it for download, and we made a few copies. That’s how Cleaners From Venus used to work. That band was a log raft with me as captain. And a pair of raggedy underpants for a flag. And I thought it was fun then, so I thought, “Do I need the money? Do I need the fame? No, I don’t. What I do need to do is make music. So I’m going to do that.” Let’s see how we go from there. Then maybe we’ll try and sell something.

BK: Home recording technology has come a long way since the days of the Tascam Portastudio. Yet the ambience on these new records is a lot closer to the sound you got on the earlier cassettes than to anything approaching digital. Why?

Martin: The way I record, when I’ve got a producer — well, not a producer, but someone there – they’ll ask, “‘Are you sure about this, Martin?” And I’ll say, “Leave the bum notes in.” Because that’s what I did with the Cleaners. Leave the mistakes in! Mostly people don’t notice. You know how some artists say, “I’m an absolute perfectionist. And nothing gets past the gate ‘till I’ve okayed it.” Well, I’m exactly the opposite. Let’s bang it out and then we’ll go out and I’ll buy you a drink.

Within reason, of course. I don’t want to put out something that sounds like shit. But most of the time it doesn’t, because I’ve been doing this thing for a very long time now. And if I’ve not got it right by this time…if it feels good, leave it! If the guitar part is distorted, or there’s a pop on the mic, if it’s not too bad, I just leave it. 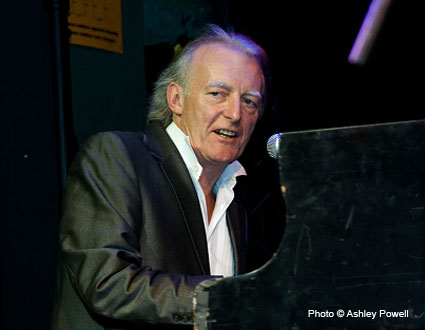 The amount of time I have made a record, having made the demos, and then we started recording it painstakingly, I come out at the end of it thinking, “Why didn’t we just release the demos?”

BK: And that’s what you did with the second new disc, Stopping Train.

Martin: Well, we really did. Many of those tracks – the first four, at least — were really demos. One we did at Fiona’s, the next door neighbor. She’s just got an old four-track tape machine. She knows a little bit about recording, but not much. So I just went over with my guitar. She has this four-track machine, but she doesn’t know how to overdub, though. No ping-ponging. So we only had four tracks: I could do three vocals and one guitar. I just said, “Fair enough, we’ll do that then.” And then a friend of hers called Nick mastered it onto a digital machine, but I wasn’t there or anything: “‘Oh, no. You do that. I’m sure you’ll do a reasonable job.”

I think musicians make far too much fuss about things. I’m really fed up with it, which is why I won’t work with them any more.