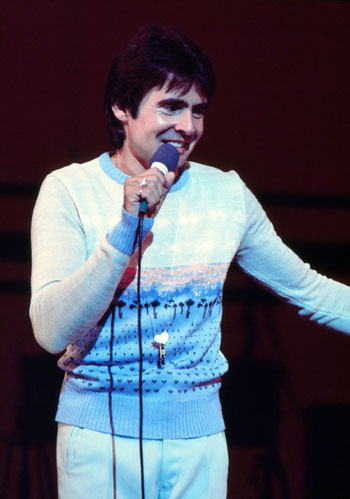 But a falling out with the backing musicians meant that they wouldn’t last long. After the group’s first week-long domestic tour leg, the backing musicians showed up with a manager. In Allison’s words, they attempted to extort him, demanding a larger share of profits. Keeping them around while he quietly put a new band together, Allison fired the musicians at the first opportunity.

The new players were young and enthusiastic musicians who had grown up listening to (and memorizing) Monkees records. “They were about 21 years old and nice-looking, “Allison recalled. “Rick Tierney on bass and Jerry Summers on drums. They had been playing Monkees songs since they were in middle school.” Adding keyboardist Skip Edwards from Johnny Rivers’ group, lead guitarist Allison had a new band. “They were great,” he said. Edwards didn’t stay long, though. “We had a few different guys on keys,” Hart recalls. “Yeah, we went through keyboard players like Spinal Tap went through drummers,” Allison said with a laugh.

Between late June ‘75 and the end of that year, Dolenz, Jones, Boyce & Hart played nearly 40 venues, ranging from amusement parks to clubs to high school gymnasiums to colleges and ballrooms. “We did the basic arrangements of all the Monkees songs and Boyce and Hart songs,” Hart recalls. “But what Keith brought to it was an updating of all that. Instead of being Beatlesque, it was more Mick Jagger/Rolling Stones-like.”

Echoing his approach of years before with the Raiders, Allison came out onstage before the headliners. “I used to open for [DJB&H],” he said. “I would come out and do three or four numbers: ‘Jumping Jack Flash’ and stuff like that. And I’d always sing ‘Sweet Home Alabama.’” Allison would then lead the band while the famous foursome took center stage to sing their collective hits.

And DJB&H closed every show by giving the spotlight once again to their band leader. “They’d introduce me,” Allison recalled, “and I would sing ‘Action.’” Written by Boyce and Hart, that song was the theme to Dick Clark Productions’ Where the Action Is TV program. 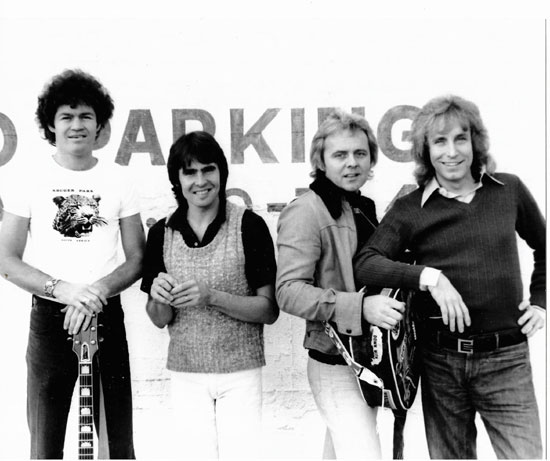 The group was on tour right through the holidays, playing a series of dates in the American Midwest, including a December 25 show in New Brighton, Minnesota. “That’s how I lost my girlfriend,” Hart recalls with a chuckle. “She said, ‘You took a gig on Christmas? Don’t you know how important that day is to me?’ When I came back, Claudia was gone.”

The second leg of the group’s first tour ended with a pair of January dates at Disneyland in Anaheim, California. Early 1976 was consumed by the making of a self-titled album and a number of television appearances.

“Our lawyer got us a record deal at Capitol,” Hart recalls. And the group had an ally in the person of Al Coury, the label’s powerful vice president. “We went into the studio and did a pretty good album,” Hart says. “Al was hot on the project, but he left to run RSO Records a month before our record was to be released.” The new regime at Capitol had little interest in the record, doing almost nothing to promote it. “It was kind of a lost cause,” Hart says.

The core band on the group’s only studio release featured Allison on lead guitar and bass, along with the rhythm section of Summers and Tierney. Boyce played guitar, while Hart and Edwards played keyboards. Session players included percussionist Emil Richards, guitarists Chip Douglas, Jerry Yester and Louie Shelton (among others), and Henry Diltz on banjo. Recorded at Sound Factory in Hollywood, the self-produced album featured vocal arrangements by Ron Hicklin.

Dolenz, Jones, Boyce & Hart was released on May 29, 1976 but sold only modestly. Christian deWalden – today a producer and award-winning songwriter in his own right – points to another reason he believes that neither Dolenz, Jones, Boyce & Hart nor its single performed well on the charts. “In America, if you don’t have a huge advertising machine behind you to do that, you will never happen,” he says. “And they didn’t have the money behind them.” After a brief pause, deWalden continues. “Those were the times of the scandals: people paying. I remember $50-60,000 would bring you up to [Top Ten] in the charts. After that, if you didn’t pay much more, next week you were down: ‘Boom, boom, out.’” 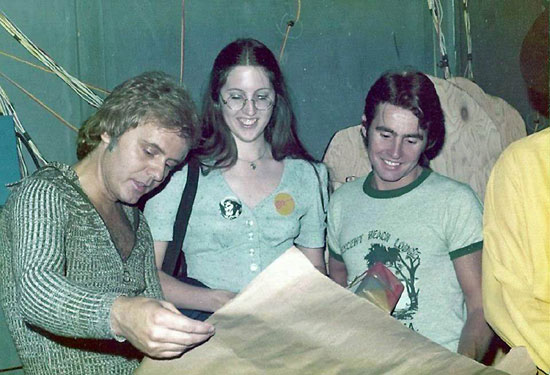 The group toured the U.S. – again playing amusement parks and theaters – ostensibly in support of the record and its single, the Boyce/Hart-penned “I Remember the Feeling.” That song and three others figured into the group’s live set, but the song selection leaned heavily toward Monkees hits, with a few Boyce and Hart hits (“I Wonder What She’s Doing Tonight,” “Alice Long”) inserted as standalone songs or parts of larger medleys.

Likewise, a 1976 television special featuring the group focused on the material that made its members famous. After a brief musical comedy sketch, the band launches into a rocked-up medley of Monkees hits. That’s followed by a medley of songs written by Boyce and/or Hart for other artists (Come a Little bit Closer,” “Angel Eyes,” “Hurt So Bad,” “Peaches and Cream,” “Something’s Wrong with Me,” “Keep on Singing”). Other segments double down on the Monkees hits, including sketches built around “I Wanna be Free,” “Cuddly Toy,” “(I’m Not Your) Stepping Stone” and “I’m a Believer.” No music from DJB&H’s studio album figures into the program, which is presented as a pilot (“see you next show,” says Boyce near the program’s end).