Album Review: Walker Brigade — If Only 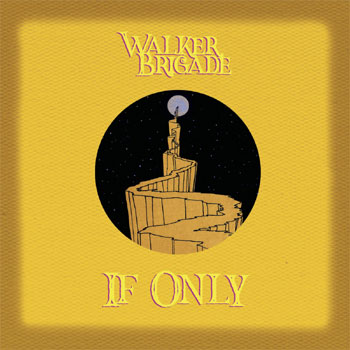 If we’re honest, it’s not the hardest thing in the world to create a batch of hard rocking tunes. It’s substantially more challenging to write durable melodies, and/or to create meaningful lyrics that exude passion, commitment and authenticity. And to do all of those things at once is a rare feat indeed. But a new foursome from Los Angeles calling itself Walker Brigade has managed all of that, on their debut release. Bursting out of the speakers with “Fallout,” the group delivers the goods, with Mark Fletcher’s thunderous (and exceedingly well-recorded) bass guitar supporting a tight, taut and terrific ensemble.

If Only’s centerpiece, though, is the impassioned and expressive vocal work of rhythm guitarist Tracy Walker. Peppy hand claps give the songs a foundation in pop, but the grown-up subject matter and supremely rocking character of the songs places it into the melodic end of the postpunk pool. Craig Tyrka’s expressive and varied drumming on tunes like “Tower” propel the band into the musical stratosphere. And Jeff Charreaux’s slashing lead guitar is the icing on the cake. If Only is a persuasive rebuttal to those who would pronounce the rock era done and dusted. Breathlessly recommended!

(Don’t miss the six bonus tracks appended to the CD release; those include two fiery Soft Boys covers that provide a reference point for the group’s inspirations.)