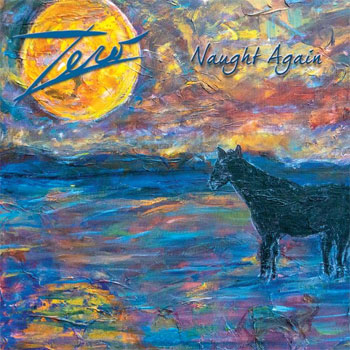 As spinoff projects go, I’m generally indisposed to be interested in a band that has its origins in the world of the Grateful Dead. While I enjoy the Dead’s studio albums – and recently/belatedly discovered the joys of the soaring “Terrapin Station” suite – but the jamcentric nature of that whole scene isn’t my cup of tea.

But exceptions do exist, and one is, so to speak, Zero. Formed circa 1981 in the Bay Area, Zero was launched by Steve Kimock and Greg Anton, both then recently of a band led by former Dead personnel Keith and Donna Godchauz. Zero would count among its ranks a number of legendary musicians, including Nick Hopkins and Vince Welnick, and they’d work with stars of the Bay Area jam-rock scene like John Cipollina.

The band was initially an instrumental outfit, but Grateful Dead lyricis Robert Hunter eventually collaborated with the group, adding his words to some of their music. As one would expect, Zero was (and remains) at its best live onstage, where their exploratory nature could take flight.

And that’s what’s captured on Naught Again, an archival release documenting a run of live dates at San Francisco’s Great American Music Hall. Recorded acroos three October night in 1992, the set features a mix of originals and covers. One might not expect a reasonably faithful reading of The Who’s “Baba O’Riley,” but Zero delivers it ins a fashion quite similar to the original studio recording. A reading of Jimi Hendrix’s “Little Wing” explores the band’s original character rather than attempting to clone Hendrix.

The playing is superb, and – unlike the Grateful Dead – the vocal work is uniformly strong. The 2CD set is dedicated to the many among Zero’s ranks who have left us. Sound quality is crystalline, and for fans of dreamy, mildly exploratory rock, Naught Again is well worth a listen.