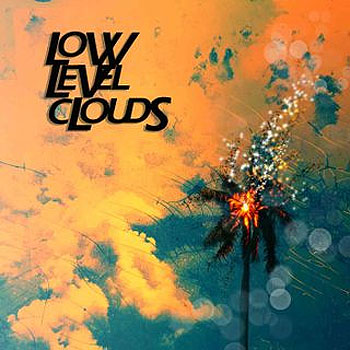 There was a time, a half century ago, when the concept of one-man (one-person, really) “bands” was quite novel. Working in the studio and taking advantage of an impressive dexterity on multiple instruments – and with studio gear – and exploiting the possibilities of Les Paul’s multi-tracking technology, select artists created works that sounded like a band, even though the music was the product and execution of an individual, working alone.

In the second decade of the 21st century, such solo project barely elicit a raised eyebrow. Everybody who wants to do it can do it. The technology is now easily within the reach of most every artist, and – if they know what they’re doing, they can achieve studio-quality results without, y’know, an actual studio. That’s handy in an era of quarantines.

But creative/aesthetic success isn’t guaranteed. Just because you know how to play those instruments and work the recording equipment doesn’t mean you’ll make an album that anybody would actually want to hear. For that, you need good songs and an appealing sound.

Christopher Coats possesses all of the requisite qualities. Working alone and calling his project Low Level Clouds, the Hawaii-based singer, songwriter, multi-instrumentalist and producer has created a ten-song album packed with catchy, intriguing and intelligent tunes.

Coats has a lot on his mind; the lyrics of his songs rise above standard-fare pop. But there’s an elliptical, cryptic quality to those lyrics; a first listen won’t always reveal what each song is about. But there’s nothing so weighty as to make listening to the album an overly intellectual exercise. The songs are strong, filled with melody.

Coats displays an impressive ability to change up the textures; while there’s a cohesive quality to the album as a whole, the songs’ individual character is quite varied. The rocking “Wild Things” could almost be the work of a different artist than the equally tuneful “Replaced by a DJ.”

There’s subtlety – and a hint of reggae – on “Perfect.” On “Speaking of Sudden Changes of Subject,” Coats weds a Dylanesque lyrics approach to a moody, power chording rocker. And his proficiency on guitars and keyboards is impressive; he never shows off, but Coats displays a keen sense of what each of his songs needs.

Some of his production choices are a bit odd: there’s a scraping sound throughout “Hear Shaped Cliffs” that’s more distracting than anything else; it’s not clear why the sound is there. But Coats’ massed chorus vocals and the appealing, jangling nature of the song are strong enough so that the weird sound doesn’t wreck the tune. And it’s an outlier; the other songs on Low Level Clouds don’t feature distracting such elements.

Low Level Clouds is an impressive debut, and should whet listeners’ appetites for a followup release.