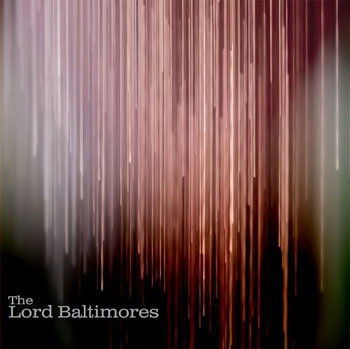 As a rule, when I receive CDRs in the mail, I don’t consider them for review on Musoscribe. (Why, you may ask? Simple: I receive so many submissions, there has to be some standard. Sort of like potential employers requiring applicants have a college degree for a job that really doesn’t call for one. Maybe not fair, but there it is.)

In any event, for reasons I can’t explain, I decided to pop this CDR from The Lord Baltimores into my player anyway. And I am quite glad I did so. The music is hard to categorize: it’s a kind of big band rock, with hints of everything from Henry Mancini to Jaga Jazzist and Lisa Maxwell’s Jazz Orchestra. The music often sounds like some of the most evocative soundtrack material you’ve ever heard. “Relays” will please those who enjoy “crime jazz” or blaxploitation soundtracks.

The large ensemble is led by guitarist R. Jason Vandygriff (aka RJ5) and multi-instrumentalist David J. Pierce (aka DeepEars), but I’m afraid I can’t tell you much more about the group. What I can confirm is that the album is a collection of fully-realized (mostly) instrumental tracks that are as tuneful as they are intriguing. Nothing about The Lord Baltimores suggests the album was made in the 21st century – much less during a pandemic, when gathering nearly 20 musicians into a studio is impractical, to say the least. But the fact remains that this album does exist, and you should hear it.

I’d offer a hint as to where you might purchase this CD (um, CDR) if I knew, but I don’t. It is on Spotify and Pandora, though.