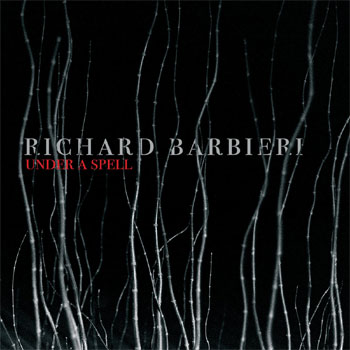 For several years, Richard Barbieri was the keyboardist in art rock band Japan; his atmospheric work was a key component of that band’s sound. And once Steven Wilson transformed his DIY project Porcupine Tree into an actual band, Barbieri performed a similar role in that group. (No-man was a sort of bridge between those projects, combining Barbieri and two of his Japan band mates with Tim Bowness and Wilson.)

But those groups did not provide an outlet for Barbieri’s compositional expression. From a songwriting perspective, Japan was Davis Sylvian’s vehicle; Porcupine Tree’s songwriting was almost the sole domain of Steven Wilson, with occasional compositional contribution form the keyboardist.

As it happens, Richard Barbieri has tended to work primarily in a context where he applies his talents to the work of others, or as part of a succession of duos (with Bowness, Steve Hogarth and others). It wasn’t until 2005 that he released his debut solo album, Things Buried. And if one considers his five Variants albums released in 2017-18 as a massive single album, Under a Spell is his fifth solo release.

Featuring a long list of guest musicians and vocalists (Barbieri does not sing, and the album is primarily instrumental), Under a Spell is an atmospheric (there’s that word again) collection of nine composition. Quite understated in its intent and delivery, Under a Spell may well qualify as an ambient album: the pieces are less “songs” in any traditional sense than aural sketches. Snatches of melody float in and out of a lush, luxurious and organic sonic landscape.

Exotic percussion finds its way into the mix; traditional drums, programmed beats, vibraphone and marimba are all key components of the textural excursion that is Under a Spell. Listeners seeking memorable melodies are cautioned the steer clear of the album; that’s not its goal, and the pieces are more designed to create and sustain a mood than transmit melodic ideas. Under a Spell could conceivable work well as a a soundtrack to a meditation session.

The pieces combine cold, icy and sometimes intentionally sterile electronic elements with deeply organic and expressive analog/natural ones. The beguiling synthesis of the two feels like an unhurried, relaxed take on the sort of thing David Byrne and Brian Eno did on My Life in the Bush of Ghosts. Percy Jones’ fretless bass only reinforces that vibe. “Darkness Will Find You” could just as easily be an outtake from Another Green World.  Subtle hints of early Porcupine Tree – especially the extended work Voyage 34 – crop up in tracks like “Flare 2.”

Because of the semi-ambient nature of Under a Spell, most listeners won’t come away form the listening experience with the tunes resounding in their heads. But that doesn’t seem to be Barbieri’s intention with this set of compositions. Experienced wholly in the moment, however, Under a Spell is a rewarding listen.