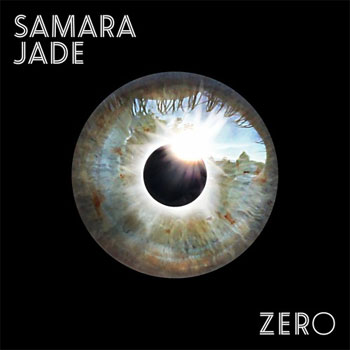 Life experiences can inform the creative product of artists in unusual ways. The chamber folk of Samara Jade’s latest album, Zero, is in part the result of the circumstances under which it was made. Though some of the songs were written when Jade was living in Asheville, the recording was completed on the West Coast, after a three-day fast, and during a two-month quarantine. And while there’s a meditative and solitary quality to the songs on Zero, the album’s overall character is one that celebrates connection with the larger world.

The lead-off single from Zero, “Night” was indeed written late at night, at the end of a fast in Washington State. “I had spent the three reckoning with a lot of my personal shadows, demons, and whatnot,” Jade says, acknowledging that such an activity can be heavy and deep. “But it’s also a beautiful process,” she emphasizes. The experience helped her realize something: “The more that I expand my heart into being able to feel grief, the more expanded my capacity is to feel joy and to feel love.” And that duality comes out in Samara Jade’s music.

“As a writer, I’m also very influenced by place,” Jade says. “But that doesn’t always come out in the traditional ways.” By way of example, she notes that while “Winged Nut” has “an Appalachian, old-timey feel,” it was written in California. 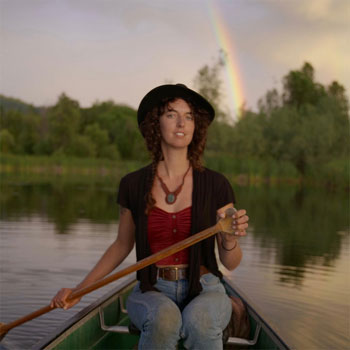 “For the most part, I do most of my writing in nature and in natural places,” she explains. “That’s generally where I feel the most connected to source and tuned into my soul.” Jade likes to think of the songs on Zero as “a collaboration between myself, my soul, and the land of wherever I am.”

The album’s title is a reference to tarot. “The card for zero in the traditional tarot decks is the The Fool,” Jade explains. She says that the significance of The Fool is often misunderstood. “People think of a fool as a negative thing: ‘You’re being foolish.’ It does have that meaning and that connotation, but on the flip side, The Fool [represents] the energy of spring. It’s the stepping off, the quantum leap into the unknown.” And that embracing of the unknown – and sometimes unknowable – is at the heart of Zero.

Jade recorded much of Zero’s basic tracks in Asheville, pre-pandemic. But when it came time to overdub instruments to finish the project, she was fortunate to be self-quarantined at what she calls a “sanctuary” in Arcata, California. “Two of the people I was quarantined with happened to play,” she says. “One was a trombone player and the other played lap steel guitar. I couldn’t have made that up. It was just so perfect, so magical.”