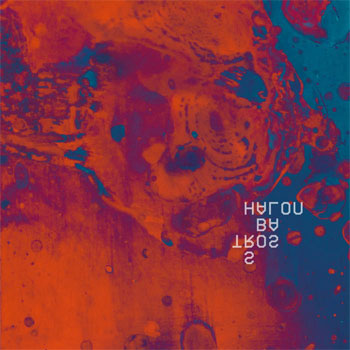 For a time in the 1990s, trip hop was a musical sensation. In some ways an outgrowth of the brief lounge/exotica craze, trip hop (also known as chillwave) owed at least as much to the Neue Deutsche Welle (New German Wave) movement of the ‘80s. But as its name suggests, trip-hop folded in a hip-hop sensibility (with its inventive use of loops and samples) and an emphasis on melody and atmosphere. Primarliy a British phenomenon, the style featured leading artists including Massive Attack, Portishead, Sneaker Pimps, Tricky and Zero 7, but even as grunge rock was the prevailing trend here, the genre found some success in the United States as well. Even when its time in the spotlight passed, trip hop would exert an influence on much of the popular music to follow.

Though they’re on record as rejecting the trip hop label, San Francisco duo Halou has long been considered one of the prime exponents of the style, and certainly among the most prominent in the United States. After playing ambient and shoegaze music together in Anomie, Rebecca and Ryan Coseboom launched electronica/dream pop-styled Halou in the mid ‘90s. Alongside occasional outside projects, the couple would release four albums and four EPs under the Halou name between 1998 and 2008. After an extended hiatus, Halou returned in 2019 with a fifth album, Brutalism for Lovers.

With more than 3 million Spotify plays, Halou’s most well-known track is “Honeythief,” from their 2006 EP Separation. That same year, the band released another EP, Albatross. That five-track collection exemplified Halou’s approach, one that combines the electronic textures, lush arrangements and Rebecca Coseboom’s haunting vocals. While later efforts would more prominently incorporate guitar into the swirling, heady mix, Albatross is primarily an exercise in electronics (plus voice).

At less than 20 minutes, the original Albatross EP left fans wanting more in a similar vein. And in July 2020, Halou released Albatross (Deluxe Edition), more than doubling the original set’s length and adding six additional tracks. Highlights include the brief “Cello,” a stately, melancholy piece that sets the tone for the music to come. Rebecca Coseboom’s warm, expressive voice is at the heart of all the tracks on Albatross; her supple voice easily climbs to the upper range, swoops down to lower notes, and does it all while conveying the emotional content of the music.

Newly-heard Albatross tracks like “Far Too Far” sometimes submerge the beat to near inaudible depths, and “Exoskeleton” employs Rebecca Coseboom’s voice more as a textural element than a vehicle to deliver lyrics. There’s an underlying sense of decadence and dread – not unlike Sweden’s A Camp – on cuts like “Your Halls” and the hypnotic “We Don’t Love You Anymore.” And though it’s Albatross’ sole concession to the dance aesthetic, “Everything is OK (Different)” still somehow works in the context of the set’s overall laid-back vibe.

A decade without an album release doesn’t seem to have altered Halou’s fundamental musical aesthetic; Brutalism for Lovers is very much a piece of the creatively successful path the band pursued on its earlier work. Any listener who appreciates the new album’s sonic values will find a similarly effective music on the expanded reissue of Halou’s third EP.