Irish musician bridges the gap between Ireland and Appalachia

He’s an acclaimed and globetrotting figure in Irish music, guitarist, singer, folklorist and songwriter. But when he’s off the road, John Doyle makes his home in Western North Carolina. Nominated for a 2010 Grammy (Best Traditional World Album), Doyle is an astoundingly busy and in demand man, collaborating with other musicians, producing and working as a solo artist. 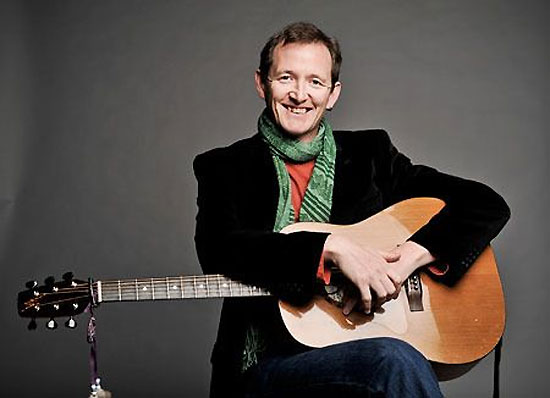 You’ve worked as music director for many well-known artists. What lessons did those experiences teach you that you’ve been able to apply in your own music?

Being an artist is not a choice; it’s a calling. It has to be done or the flower withers. I’ve had the privilege to work with many great artists, and they all say the same thing: “Go with your heart and listen to the small voice inside. Let go of fear; it’s useless. It’s just an emotion. Take every failure as a lesson. Don’t take things personally. Be present for the successes. Everything is transient. Breathe deep and enjoy the whole journey.”

How and when did you come to live and work in Western North Carolina?

I have lived in the States since the early nineties. I spent the first decade or so in New York City, but was traveling the States a lot with a band called Solas. We happened to play a few times in Asheville, and I really grew to love the city. The old time music community here is very like the Irish music community in Ireland, so I felt at home.

Much is made about the Scots-Irish roots of Appalachian music. In what ways do you think the styles are connected, and how are they distinct from each other?

The music of Scotland, Ireland and England are very interconnected in no small part because of the closeness of the various regions. Because of the plantation of Ulster in the 1600s a lot of Scots and English songs followed with them; eventually it became its own distinct form of Northern Irish song. When the major migrations from Ireland started to America in the 18th century, many of the Northern Irish landed in the South: Charleston, Savannah and New Orleans to name a few areas. Eventually the emigrants traveled further afield; some landed in the mountains and many stayed. A lot of the songs were remembered and can still be heard today.

The ’60s folk revival that started in the States changed the way that English, Scots and Irish songs were sung and accompanied as our folk revival flowered, due to the wonderful Appalachian music coming back over the Atlantic to influence the new tradition. Like all folk music, there’s been a lot of organic free-flowing influence in the music over time.

When you’re writing the lyrics to a song, do you make a conscious effort to craft something that’s universal, or do you simply tell the stories you’re inspired to tell, and hope that listeners engage with them?

I always start with a topic or a story that interests me, but I don’t want it to be a history lesson. I prefer to think that we all have stories in our lives, in our family’s experience. And by me telling some of my stories, others will think of their history and the stories within their own family or community. That’s how we are remembered when we finally leave this earth. There has to be a personal feel throughout the song otherwise there’s no heart in it.

What do you think lies at the heart of Irish music’s appeal worldwide?

There’s a timelessness to the music and song. It sparks every emotion. The music is so connected to the identity of our land, but I think also resonates with the sense of longing and joy and loss that people all over the world experience.