As we all begin to settle into what one might call the new normal, performing musicians are increasingly turning to livestreaming. I suspect their reasons are twofold: (1) to stay in touch with fans (and potential fans) and (2) to stave off boredom and exercise their creativity. I’m here to do my small bit toward helping encourage that. The quarantine version of “30 Days Out” continues. All Asheville artists this go-round. 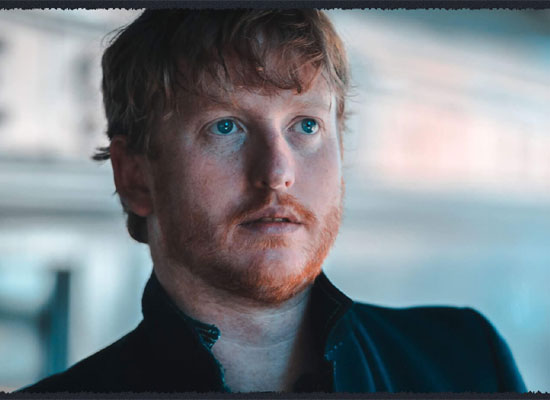 Artist: Taylor Martin
Venue: Facebook
Date: Thursday, April 16, 5:30 p.m.
Tip jar: https://www.paypal.me/taylormartinmusic
You might think it’s a stage name – like Fender Gibson or Peavey Silvertone – but it’s not. Maybe his parents have a sense of humor. This Asheville guitarist and singer-songwriter released his album Song Dogs this time last year; as I wrote in a review, it’s a nice mix of original songs and well-chosen, relatively obscure covers. The album showcases Martin’s eclectic approach; he’s far from a one-dimensional writer and performer. His livestream performance will be a solo set. 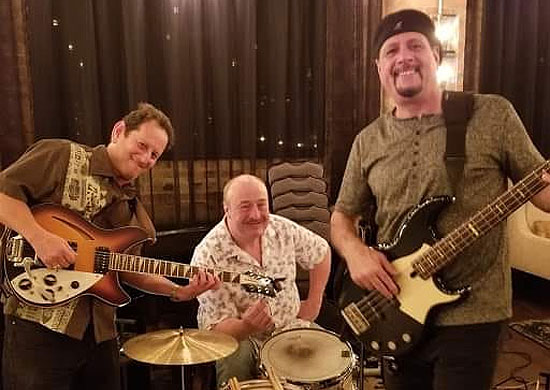 Artist: Three Cool Cats
Venue: Facebook
Date: Friday, April 17, 6 p.m.
Tip jar: https://www.paypal.me/RussWilson66
Russ Wilson is a well-known fixture locally. He runs or plays in something like nine bands. Three Cool Cats is his rockin’ trio (that’s him on drums). Wilson and his band mates dig deep into their repertoire, finding both well-loved classics and shoulda-beens. The joy they derive from making the music is palpable, and contagious, even when you’re not experiencing them live-in-person. Russ is here, there and everywhere; read more about him here, here and here. 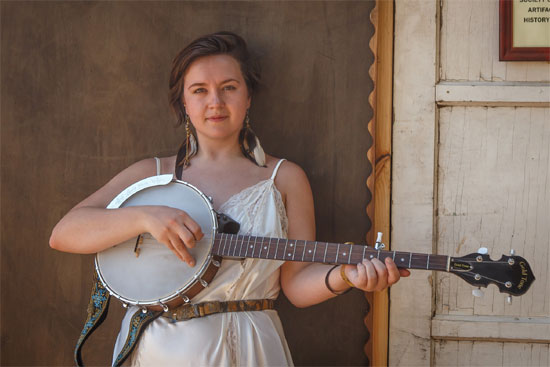 Artist: Kathryn O’Shea
Venue: Facebook
Date: Friday, April 17, 5 p.m.
Tip jar: unknown
This Asheville-based singer-songwriter has readied a new album, January 9th, released days ago. The show is part of the ongoing Music on the Fly Series, normally broadcast from the Asheville Regional Airport. Of course this performance will take place in O’Shea’s home. She describes her music as “folk-soul.” Expect voice-and-banjo readings of songs from the new record. 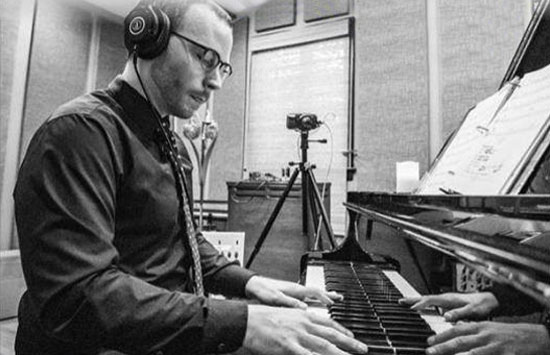 Artist: Posey Royale
Venue: Facebook
Date: Saturday, May 9, 7 p.m.
Tip jar: unknown
Posey Royale is an Asheville swing band that focuses on hot jazz and swing, with an emphasis on the lesser-know music of that era. “Hidden gemstones,” they call ‘em. The band also places a high value on historical accuracy. The group is led by stride pianist James “Posey” Posedel, and while the whole six-piece can’t convene for this series (every Thursday 7-8 p.m.) show, Posey does a solo set as well as a show-and-tell during which he hips viewers to other artists he digs.