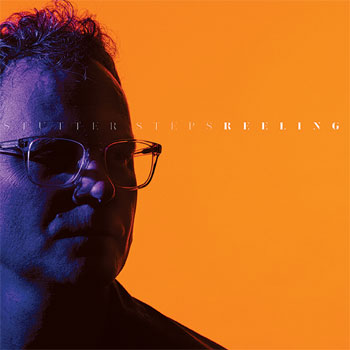 Remember college rock of the ‘80s? When hair bands like Bon Jovi were crowding out more interesting music on commercial FM radio, college-based radio stations like WRAS (at my alma mater, Georgia State University) were opening our ears to rock of a more nuanced sort. Sometimes it was country-influenced, like Long Ryders; they managed to say something new musically while paying tribute to earlier country-rock hybrids. And they didn’t without sounding like watered-down country-pop or Eagles (but I repeat myself). Other bands brought forth the jange with a kind of windswept, Midwestern feel. I’m thinking of bands like Wire Train, BoDeans, Green on Red and the like.

But what does all of this have to do with an album released in 2020? A lot, from my point of view. While Ben Harrison’s Stutter Steps has its own original character, if you grew up loving the kind of thing that Dream Syndicate, you’ll love Reeling. Harrison’s phrasing on “Over It” sounds remarkably like Steve Wynn might have done it. Stutter Steps never sounds as if they’re aping their influences, but it’s not difficult to spot the sources of Harrison’s inspirations. “Leafy Dreams” sounds like early-mid Velvet Underground at their poppiest (which is to say a little but not very much pop). “Reeling” conjures thoughts (again) of Dream Syndicate, crossed with R.E.M and maybe a splash of Jesus & Mary Chain.

The dreamy, contemplative “Keepin’ On” has a character that reminds me of Rainy Day’s “I’ll Keep it With Mine.” And as a whole, Reeling is very much in line with the kind of musical mindset that informed the Paisley Underground bands of the ‘80s. With some notable exceptions, those groups – Rain Parade, the Three O’Clock – rarely showed up on commercial FM playlists. In a just world, they would have. But at least those of us in the know did get to hear (and in some case, see) them.

The music landscape today is quite different from the 1980s scene. Barriers to entry are long gone, and that’s both a good and bad thing. Discerning music consumers have plenty of choices; too many, arguably. But wading through the new music yields wondrous discoveries like this album. Here’s hoping that Stutter Steps’ Reeling gets the wider hearing it merits.