‘Tis the season for holiday music. It’s a genre that often gets a bad rap, for good reason: a lot of it is pretty dire. Though there are classics (like Roy Wood’s “I Wish it Could be Christmas Every Day,” ELP’s “I Believe in Father Christmas” and the Kinks’ rocking “Father Christmas”) it remains a style full of misfires (Paul McCartney’s “Wonderful Christmastime”). But every year, at least a few artists manage to add something worthwhile to the catalog of holiday music. Here’s a quick look at three new releases. 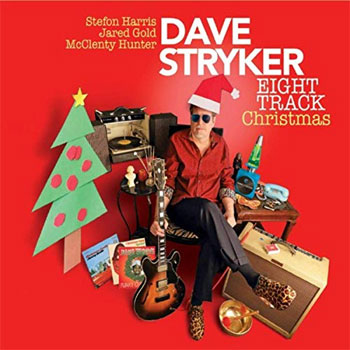 Dave Stryker – Eight Track Christmas
It was quite recently that I reviewed Stryker’s Eight Track III. That album was the continuation of a series in which the jazz guitarist and his band (featuring prominent vibraphone, always a plus in my book) interpreted music from outside the jazz idiom. This album follows on with the concept, and it’s good enough that I’m covering it so soon after the April review. The sound here strikes a balance between smooth jazz (uh-oh) and soul-jazz (yay!). The balance works better than one might expect. Vibraphonist Stefon Harris is once again Stryker’s musical foil; the two trade warm and inviting licks. With few exceptions, the arrangements stick close to the core melodies, yet offer enough improvisation to make the set worthwhile for jazz aficionados. Some of the tastiest tracks are the most laid-back (“God Rest Ye Merry Gentlemen,” for example). The song selection draws from both standard and contemporary material. 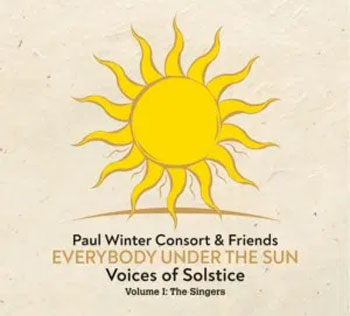 Paul Winter Consort & Friends – Everybody Under the Sun
Okay, technically this one isn’t really a Christmas album. But Solstice is a holiday from pre-Christian traditions. For some four decades now, Winter has hosted annual concerts celebrating Winter Solstice. This collection (subtitled “Volume I: the Singers”) collects notable performances from 40 years of concerts at New York City’s Cathedral of St. John the Divine. The vocalists come from a wide array of locales including Bulgaria, Zimbabwe, Mali, Russia, Ireland and Tibet, with a number of U.S.-based singers as well. Very few are household names; an exception is Pete Seeger, featured on “How Can I Keep From Singing.” But all are impressive. Procol Harum leader Gary Brooker shows up twice, singing both “A Whiter Shade of Pale” and the Beatles’ “In My Life.” A few proper Christmas songs find their way into the mix, and a reading of “Auld Lang Syne” by the Consort with the Dmitri Pokrovsky Ensemble rounds out the set. 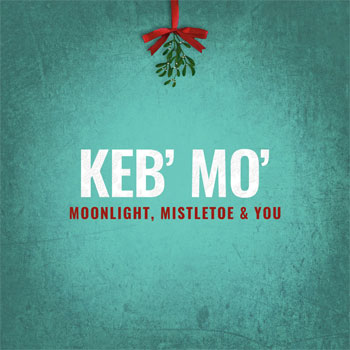 Keb’ Mo’ – Moonlight, Mistletoe & You
As he approaches the 40th anniversary of his recording career, the modern-day blues giant has finally got around to making a holiday album. And it’s predictably fine and tasteful. For the most part Keb’ Mo’ takes the subject in a different direction than the most obvious path. While there are a few standards (opener “Please Come Home for Christmas,” with a lick from John and Yoko’s “Happy Xmas (War is Over)”), Moonlight, Mistletoe & You favors lesser-known songs and originals. There’s a sophisticated, uptown blues feel to the songs, but they’re rendered in a manner that is both accessible and soulful. Intentionally or not, the soaring string arrangement of the title track evokes warm memories of Ray Charles. The vibe is sometimes playful (“Better Everyday,” “Christmas is Annoying”), sometimes melancholy. And Moore rips it up on both the B.B. King-styled “Santa Claus, Santa Claus” and Koko Taylor’s “Merry, Merry Christmas.” A fun set that – seasonal lyrics aside – could get spins year-round.