I’m sent a lot of music for potential review, and for that I’m grateful. Generally, I can winnow through the stack and narrow it down to a manageable pile; put another way, a lot of the stuff I hear is unremarkable (i.e. not worth remarking upon). But sometimes I’m awash in great music that I want to share with my readers. This is one of those times, so herewith are quick reviews of ten albums, all in the jazz idiom. With one noteworthy execution, these are are all new or very recent releases. 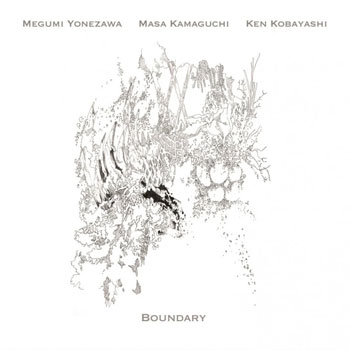 Yonezawa/Kamaguichi/Kobayashi – Boundary
This release on the venerable ESP-Disk label features a trio of Megumi Yonezawa on piano, upright bassist Masa Kamaguichi and drummer Ken Kobayahashi. It’s sometimes minimalist, often abstract and always challenging. Splahes of conventional, melodic jazz appear now and then, but they’re shattered almost instantly by some free-form playing that takes things in a rather avant-garde direction. Free jazz at its freest, this collection of ten pieces – most clocking in well over six minutes – is, according to its liner notes, for fans of Paul Bley. Boundary is an ironic title for an album that observes no such thing. 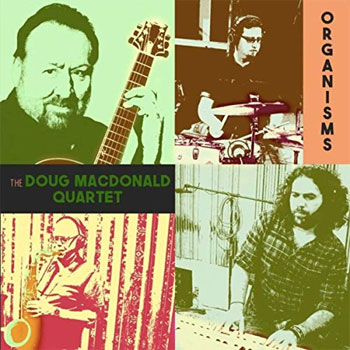 The Doug MacDonald Quartet – Organisms
MacDonald is a guitarist in the Grant Green/Wes Montgomery mold, and here he’s working in a quartet that prominently features Carey Frank’s Hammond B3. Tuneful swinging quartet jazz is on the tasty menu, and the collection – -a nice mix of original and classic material – is quite enjoyable. MacDonald and his associates – Frank, tenor saxophonist Bob Sheppard and Ben Scholz on drums – effectively bend the material into their style. The energy’s held in check; this quartet has a kind of understated vibe that keeps things on simmer even when one or more them is tearing things up. 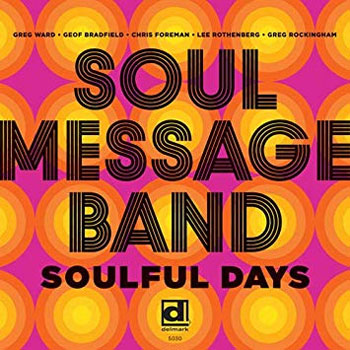 Soul Message Band – Soulful Days
While I enjoy exploratory and adventurous jazz excursions, my go-to style is soul jazz. With its swinging, good-time rethink of gospel, it’s just about the most fun and accessible flavor of jazz. And though soul jazz enjoyed its heyday several decades ago, it seems to be making a welcome comeback. This release on the Delmark label has all the verve and style of classic soul jazz. That most of the tunes are classics of the style certainly helps: Grant Green, Wayne Shorter and Freddie Hubbard tunes characterize the set. The band is an offshoot of the Deep Blue Organ Trio. 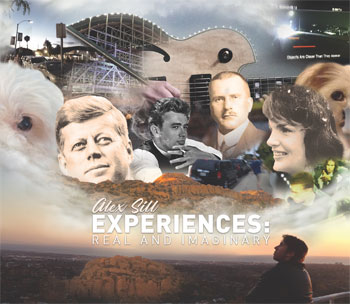 Alex Sill – Experiences: Real and Imaginary
Sophisticated modern jazz, this collection is more ambitious than most of what one would expect to find in the “smooth jazz” category. The nine instrumental tracks led by multi-instrumentalist Sill are conceptually linked; each is a meditation of sorts on the relationship between “music, imagery and the psychological implication of the two,” so sayeth Sill’s liner note essay. But listeners can set that heady concept aside – it’s not essential to enjoyment of the music – and enjoy the interplay between Sill and the players who assist him. Dave Grusin’s here on piano, and Danny Janklow’s sax is appealing throughout. 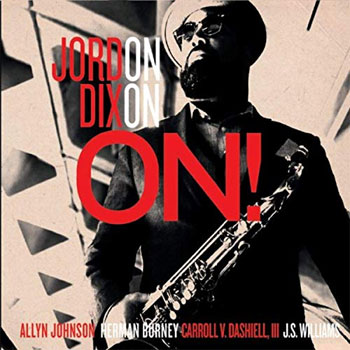 Jordon Dixon – On!
I mean this in the best possible way: there’s virtually nothing about this set of ten cuts form Washington D.C.-based tenor saxophonist Jordon Dixon that suggests it was recorded in the 21st century. Dixon manages to conjure a classic bop-leaning ambiance without relying on tunes for the Great American Songbook; instead he delivers u pa set of all original material. Most cuts feature just him, Allyn Johnson on piano, bassist Herman Burney and drummer Carroll V. Dashiell, III. Two tracks (“What You’ve done for Me” and “Lee Lee Dee” are noted as alternate versions of songs he’s waxed before. Sold stuff. 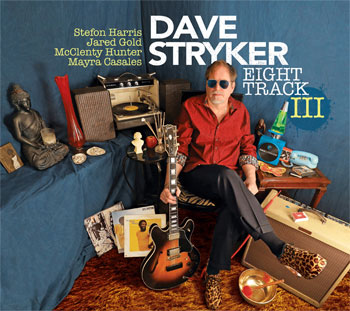 Dave Stryker – Eight Track III
A special thing can happens whenever a jazz guitarist meets a vibraphonist. Gutiarist Stryker spars with vibes man Stefon Harris, sometimes play in mind-melding unison; but other times they play ferociously against each other. In their endeavors they’re ably aided by an organist (Jared Gold) and a drummer (McClenty Hunter. Percussionist Mayra Casales joins in on most tracks. There’s a saucy, sexy and uptempo vibe at work on most of these tunes, and even when things are more understated, the instrumental interplay is still a thing of beauty. The material – all classics, mostly from outside jazz – is first-rate. 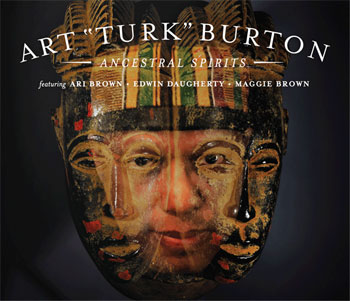 Art “Turk” Burton – Ancestral Spirits
Another way of looking at soul jazz is that it’s jazz with a strong emphasis and foundation of drumming from the African tradition. This set of tunes by conga/bongo drummer Burton builds on that idea; percussion is at the center of these cuts. A spoken-word and music track opens the set; with a feel halfway between Gil Scot-Heron and Sun Ra; after that, the tunes – originals and classics – explore an Afro-Cuban vibe. Yes, you’ve heard “Killer Joe,” “A Night in Tunisia and “All Blues” countless times before, but these readings take those well-worn compositions to Burton’s happy place. 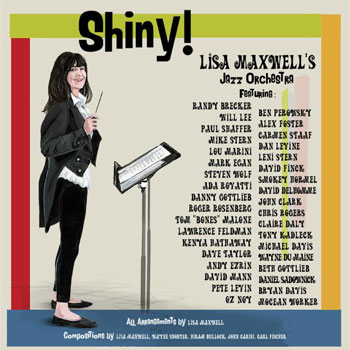 Lisa Maxwell’s Jazz Orchestra – Shiny!
The kinetic, often deep-groove feel of early ‘70s TV and film jazz is another favorite of mine. And that’s the feel that Maxwell mines on this collection. Call them soundtrack cuts in search of a film; Maxwell’s ensemble is a kindred spirit to Fred Pallem’s le Sacre du Tympan, Lalo Schifrin and Soaring-era Don Ellis. If those names pique your interest, you simply must hear this disc, featuring an all-star cast including Randy Brecker, Will Lee, Mike Stern, Pete Levin, Oz Noy and many others. If they don’t, you’ve got some serious listening to do. A deeply textured aural delight. 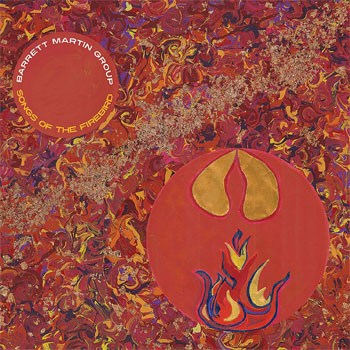 Barrett Martin Group – Songs of the Firebird
Call it high-concept jazz: this thrilling album is intended as a companion to Martin’s book entitled The Way of the Zen Cowboy: Fireside Stories from a Globetrotting Rhythmatist. But on listening, it’s clear that this music stands perfectly on its own. With a sound that at times recalls The Grand Wazoo-era Frank Zappa, this is delightfully accessible big (or at least medium-sized) band music. And its intended (and deserved) audience extends well beyond jazz aficionados, a point that’s made plain by the guest players involved: Peter Buck (R.E.M.), Kim Thayil (Soundgarden) and Wayne Horvitz (John Zorn’s Naked City). Highly recommended. 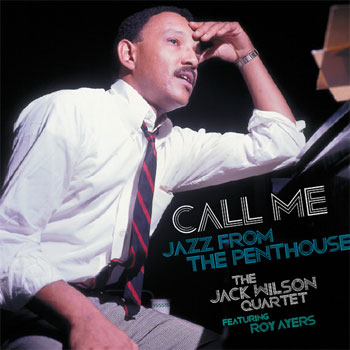 The Jack Wilson Quartet – Call Me: Jazz from the Penthouse
The sole archival release in this roundup, Call Me is a live recording made in Seattle ‘66 at the Penthouse (see also: Cannonball Adderley’s Swingin’ in Seattle with liner notes by this writer). With crystalline sound equal to the Adderley title, this one swings in a pop-jazz kind of way, thanks to Wilson’s soothing and soulful piano plus the warm, buttery vibraphone tones of the immortal Roy Ayers. These tuneful workouts often extend past the seven-minute mark, but they’re so inventive and appealing that time flies by. Subtle and expressive, this release is essential. I hope there’s more to come.