Pet Benatar Still Hits You With Her Best Shot

Arguably the queen of 1980s rock, Pat Benatar has achieved a singular mix of success both critically and commercially. With record sales of more than 30 million units to her credit, Benatar is among the most successful artists of the modern era. Six of the diminutive singer’s albums have gone Platinum or better in the United States, and she found significant success in Europe and Australia as well. Her striking good looks and powerful voice made Benatar a darling of the nascent MTV when it launched in 1981, and she would remain a fixture of the channel’s music programming through the 1980s. 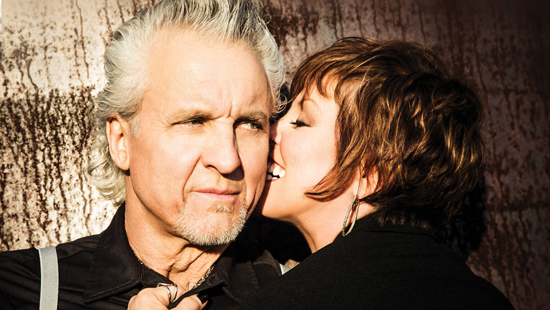 In the days before the internet, instant retrieval of biographical information wasn’t possible. But word got around that Benatar was no pop tart; she was a vocalist with gravitas, one who had initially pursued a career as an opera singer. And that degree of talent, finesse and power was evident in both her singing and the highly charged, borderline grandiose arrangements of her hit singles. Songs like her cover of the Young Rascals’ “You Better Run” as well as “Shadows of the Night,” “We Belong” and “Love is a Battlefield” had all of the melodrama of Meat Loaf’s work with Jim Steinman, but with a more versatile singer out front.

Though Benatar isn’t known primarily as a songwriter, she has been astute in her choice of material. A key to her success all along has been her longtime guitarist, collaborator and (since 1982) husband, Neil Giraldo. Giraldo built his reputation as a producer who figured out how best to present Benatar’s talents on record, and he soon parlayed those skills into effective production work for a host of other artists as well.

Benatar’s gifts and ambitions have always been too expansive to remain inside the confines of hard rock; her 1991 release, True Love found her working in the pre-rock ‘n’ roll jump blues idiom. Since that time, she has focused less on releasing studio albums: three more in the ’90s, Go in 2003 and none since then. But she has remained active, recording and releasing occasional singles including “Shine” in 2017 to support the Women’s March in Washington D.C.

Yet as a live performer, Benatar (with Giraldo) has never slowed down; she’s mounted a tour every single year since 1991; the current run of dates celebrates the 40th anniversary of her debut album, In the Heat of the Night and the tour in support of that record.