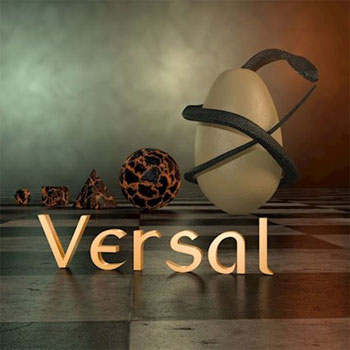 A vocal chorus pad introduces the EP, but that aural texture quickly subsides in favor of crystalline acoustic piano playing a simple yet appealing melody. As “Eternal” unfolds, those electronically generated vocals return along with synthetic strings. The whole effect is elegiac, contemplative. When a string synth lead enters around the two-minute mark, it’s a bit jarring; the gentle reverie of the new age composition is given over to something with more melodic content. It’s effective, but for listeners who thought they were easing into the relative stasis of a new age EP, it’s an odd transition. “Flamenco en Culebra” features flute-type synth textures with what sounds like an acoustic guitar or dulcimer (it may well be yet another keyboard texture. Drums enter, along with a keening lead string-synth part. This is closer to Mannheim Steamroller than George Winston. The occasional drum fill creates a feeling of a drummer who wants to bust out. “Dawn” features a more soothing style (no drums) but suffers from the dreaded “wooden flute” preset so common on 1990s-era synthesizers. “Carrosel” is hypnotic; it too moves away form the new age aesthetic; it sounds like the soundtrack for late ’90s computer animation extravaganzas like The Mind’s Eye. (It’s up to you, gentle reader, to decide if that’s a good thing or not.) The insistent “All Together” starts out taking a page from Philip Glass’ work; as the tune continues, it heads in more of a film soundtrack style, with rumbling tympani and soaring strings. It’s all signifying … well, who knows? The EP concludes with another piece evocative of film soundtracks, “El Camino a Montserrat.” It’s pleasant enough. In sum, one’s enjoyment of Versal is wholly dependent upon one’s interest in keyboard-generated sounds applied to music that — perhaps — isn’t sure if it wants to soothe or engage the listener.