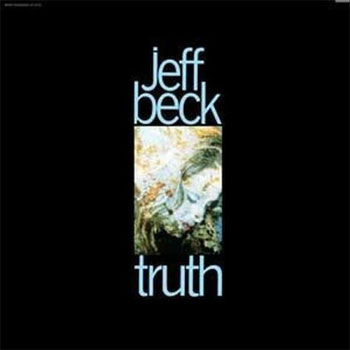 Many years ago, a rock critic whose name escapes me put forth the argument (I’m paraphrasing here) that the Kinks were the band to which one could point if and when making the assertion that the Beatles weren’t all that special. Merits of that point of view aside, a similar argument can be made, provoking Led Zeppelin fans by citing the music made by the early lineup of the Jeff Beck Group.

By the late 1960s, Beck had established a reputation as one of the era’s finest guitarists. As one of three superstar axemen to come from among the ranks of the Yardbirds (the other two being Eric Clapton and Jimmy Page), Beck initially embarked on a solo career in the form of a couple of singles. But as the poppy single “Hi Ho Silver Lining” demonstrated, his prowess on guitar was all but offset by his unremarkable singing voice. Wisely, he opted to assemble a group with a strong vocal front man.

For that role, he turned to former Steampacket singer Rod Stewart. Today Stewart is known as a crooner of standards who appeals to a decidedly middle-of-the-road audience. And in 1979 he was memorably skewered by critic Greil Marcus as “a rich Engelbert Humperdinck.” Marcus also wrote this: “Rarely has a singer had as full and unique a talent as Rod Stewart; rarely has anyone betrayed his talent so completely.” But in the Jeff Beck Group days, Stewart was a formidable singer whose fire and intensity was nearly unrivaled in the rock world.

The band’s rhythm section featured Ron Wood from the Birds on bass, and Stewart’s Steampacket band mate Mickey Waller on drums. The band entered a succession of London studios in spring 1968 to record its debut, released in August as Truth.

Designed to explore a wide variety of styles, Truth is nonetheless — for most of its run time — an uncompromisingly heavy album. The record opens with a radical reinvention of the Yardbirds hit “Shapes of Things,” slowed down considerably to create space for both Beck’s twisting leads and Stewart’s near-histrionic (but impassioned) vocals.

Presaging Led Zeppelin’s unfortunate predilection for unattributed musical appropriation, several of the songs on Truth are credited to one “Jeffrey Rod,” a thinly-veiled pseudonym for Beck and Stewart. But the songs bearing that credit — “Let Me Love You,” “Rock My Plimsoul” and “Blues De Luxe” — are simply new arrangements of songs already written by Buddy Guy and B.B. King. Issues of plagiarism aside, those recordings display the tension and occasional release that was key to the Jeff Beck Group’s effectiveness.

“Let Me Love You” in particular features incendiary playing from Beck, and the song’s thunderous rhythm section rivals (some would say surpasses) the Cream rhythm section of Jack Bruce and Ginger Baker. The Jeff Beck Group manages at once to hold true to the blues form while simultaneously pushing its boundaries. (And into that newly-created space soon came Led Zeppelin.)

The group was more forthright in crediting the original composers of Truth’s remaining tracks: the chestnut “Morning Dew” had already been recorded by many acts, but Beck and his cohorts take the song in a radically different, hard-rocking direction. It provides many of Truth’s finest moments.

Jerome Kern’s “Ol’ Man River” might have seemed — and really was — an odd choice for the Jeff Beck Group to take on. But thanks to Waller’s faraway-sounding loose-skinned drumming and Hopkins’ soulful gospel-flavored organ work, it succeeds. Fans of the much later Beck-Stewart collaboration on “People Get Ready” can find much of that song’s roots within the arrangement here. Until near the song’s end, Beck lays back, leaving space for the other players and Stewart. (He makes up for his absence with a solo acoustic track, a faithful reading of “Greensleeves.”)

The curiously (and misleadingly) named “Beck’s Bolero” is a scintillating instrumental. The first section is loosely based on Ravel’s monotonous classical piece, but Beck adds dive-bombing guitar runs to the arrangement. And 90 seconds in, a gloriously cacophonous full-band approach takes over. (The word “band” is a misnomer, though: the lineup on this recording features Beck, Hopkins and the Who’s Keith Moon.)

“I Ain’t Superstitious” closes Truth, and it showcases the musical approach that Jimmy Page would explore on Led Zeppelin’s debut album, recorded eight months after Jeff Beck Group’s first record. Waller’s stop-and-start drum provides openings for Beck to insert inventive fills, choosing variously from among his bag of tricks (slide techniques, effects pedals and whatnot). As with most of the album, what Stewart is singing is of less consequence than how he sings it. But he sings it quite fine indeed.

Waller would be gone from the group by the time it re-entered a studio in June 1969 to begin work on a follow-up, Beck-Ola. And for the second album, Hopkins had become a full member. Beck-Ola leavens Truth’s reliance on blues with an added focus on early rock ‘n‘ roll, but today Truth and Beck-Ola (the only Jeff Beck Group albums to feature Rod Stewart) are often thought of as a paired set of superb releases.