The Fire Still Burns for the Animals’ Eric Burdon 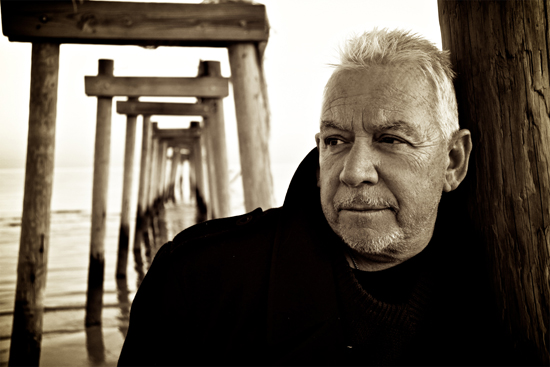 Many of the bands considered part of the “British invasion” of the mid-sixties drew from American rhythm & blues or soul. Some, like the Beatles, filtered those influences through their own musical sensibilities, creating something completely new in the process. Others – the Rolling Stones, for example – built upon a r&b foundation, initially playing mostly their own arrangements of others’ material. But initially, the most faithfully blues-based of all British acts to score on the American charts was the Animals.

Formed in 1962 in Newcastle upon Tyne, the Animals lit up the American hit singles chart 19 times between 1964 and ’68, including the number-one smash “The House of the Rising Sun.” Along with the stirring, soulful organ playing of Alan Price, a key to the group’s appeal was Eric Burdon’s deeply expressive, sonorous and gravelly voice. Hits like “It’s My Life,” “Don’t Let Me Be Misunderstood” and “We Gotta Get out of this Place” would go on to earn classic status.

By 1967 the Animals had endured numerous personnel changes, relocating to California. They developed a more psychedelic sound, one exemplified by songs such as “San Franciscan Nights” and “Sky Pilot.” The band members went their separate ways by 1969, with Burdon going on to a solo career.

In 1970 Eric Burdon took part in a brief but very successful collaboration with Long Beach, California funk band War, scoring the hit single, “Spill the Wine.” In 1994, the Animals were inducted into the Rock & Roll Hall of Fame, and in 2008, Rolling Stone ranked Burdon #57 on its list of “100 Greatest Singers.” Today, Burdon leads his own group using the Animals name.

In 2017 Burdon recorded his own version of the 1966 Buffalo Springfield classic “For What it’s Worth.” The recording – posted on Burdon’s web site ericburdon.com – shows that the years have done little to diminish his vocal presence.

Burdon’s adventures have become the stuff of legend: John Lennon’s lyric “I am the eggman” in the Beatles song “I am the Walrus” is a veiled reference to Burdon’s sexual exploits. In May 2018 he made the news once again: poet/songwriter Patti Smith personally delivered a cake to Burdon onstage in celebration of his 77th birthday, accidentally setting her hair on fire in the process. The Animals vocalist quickly extinguished the flames with his bare hands, but the fire in his voice still burns brightly.