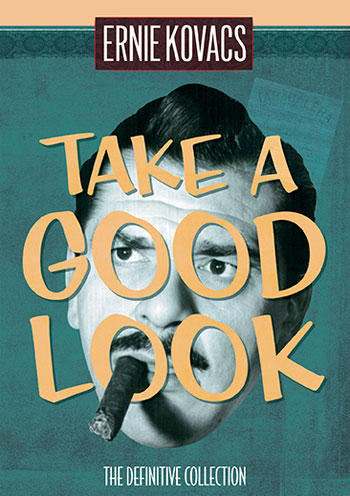 Let’s wrap up (or almost wrap up) 2017 with a look at three video packages on my desk.

Ernie Kovacs — Take a Good Look
I remember a time back in the early 1980s when PBS Television ran some really, really fascinating programs. One was a re-airing of the groundbreaking 1960s miniseries The Prisoner, starring Patrick McGoohan; to my thinking it was a cross between Franz Kafka and Ian Fleming. The other was a compilation series called The Best of Ernie Kovacs. Kovacs, of course, was a pioneering an boundary-pushing comic who understood the potential of the TV medium better than most of his generation. Anyone who thinks Andy Kaufman was a brilliant original should see what Kovacs was doing on television decades earlier.

One of Ernie Kovacs’ more interesting projects was a bizarre quiz show called Take a Good Look. On its surface the program looks to be a cousin to What’s My Line? and other programs of that ilk. But dig deeper and it’s just … weird. One might call it a brilliant failure, though on viewing some of the 49 episodes rescued for a new box set (executive-produced by Kovacs’ stepson and a pal of mine, Josh Mills), it doesn’t seem at all a failure. It’s just crazy and quite ahead of its time. As the packaging blurb for Take a Good Look says, “You watch the episodes of this game show and wonder, ‘Did this really air on network television?’” 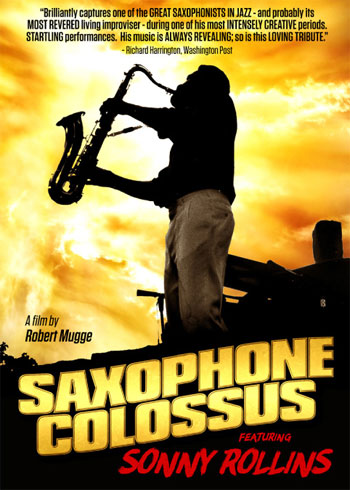 Saxophone Colossus
In 1986 documentary filmmaker Robert Mugge made his ninth film, a biography of legendary jazz master Sonny Rollins. Named after one of Rollins’ most enduring albums, Saxophone Colossus explores the man and his creative process. This new Blu-ray release features a 4k transfer from the original celluloid. It’s essential viewing for those who – like me – appreciate the weight of Rollins’ work, but it’s well worth viewing for just about anyone who’s curious about creativity and inspiration. (Shameless plug: I had the honor of interviewing Sonny Rollins in 2016.) 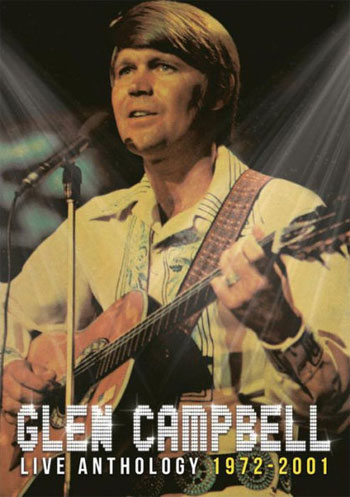 Glen Campbell — Live Anthology 1972-2001
After a long battle with Alzheimer’s Disease, Glen Campbell passed away this year. Hopefully he’ll be remembered for his many contributions to music, not the least of which is is extensive studio session work, helping make the songs of others extra special. That story is told in part by the film The Wrecking Crew, another must-see. Campbell’s more high-profile work, of course, was via his own career as singer, guitarist and television personality. This new set focuses on broadcasts of his live performances, and in its own way it’s a good overview of his pop career. The package features both a CD and DVD, and draws from four different programs. The DVD is jam-packed with material from Glen Campbell from The Talk of the Town (a 1972 BBC broadcast), The Glen Campbell Music Show (BBC, 1975), Live at the Dome from 1990, and 2001’s Glen Campbell in Concert. The video quality is as good as can be expected for clips of this vintage. The CD features all 22 songs from the 1990 concert in superb audio quality. Taken as a whole, the set demonstrates – if anyone needed reminding – how and why Glen Campbell was among the most engaging pop personalities of his generation. And who the hell knew he could play bagpipes?!