Wes Montgomery’s ‘In the Beginning’ from Resonance Records (Part 1) 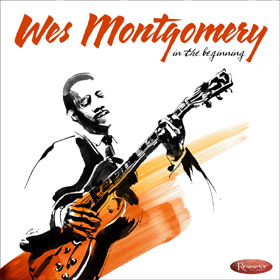 Resonance Records is not your typical record label. While they do release a steady stream of solid new music from today’s jazz artists, that’s not what makes them truly special. Their tireless and thorough efforts behind the scenes to bring previously-unheard music to modern-day listeners is their most important mission, and it’s one of historic proportions. And what’s more, they truly do it for the love of the music first, with return on investment put in its place as a lesser priority. In fact, Resonance is part of the Rising Jazz Stars Foundation, a 501(c)(3) not-for-profit organization.

But it seems that with all of those projects, Resonance was just warming up. The latest historical album from the label is another Wes Montgomery collection, In the Beginning: Early Recordings from 1948 – 1958. Compiling recordings from a wide array of sources, the 2CD set documents a period of the guitarist’s history that has been largely unheard until now. 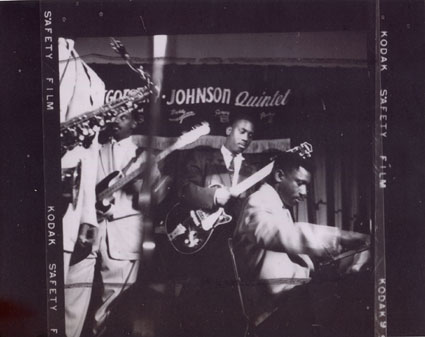 The Turf Club, Indianapolis, circa mid-1950s. Photograph by Philip Kahl. Courtesy of the Buddy Montgomery estate.

The Wes Montgomery recordings that make up the first 17 tracks on In the Beginning were originally recorded by a 22-year-old Butler University student named Philip Kahl. The Montgomery family had copies of these, which they first played back for Resonance producer Zev Feldman during the early stages of the Echoes of Indiana Avenue project. Montgomery’s son Robert, who heads the family’s estate, introduced Feldman to pianist Buddy Montgomery‘s widow Ann; she had something she wanted Feldman to hear. “She had tapes from Philip Kahl,” recalls Feldman. He says that many years earlier, “Kahl had apparently circulated copies of his tape among friends, and they had had copies. For years!” Those tapes included audio from three different Indianapolis venues: The Turf Club (a segregated music lounge), The Missile Lounge (“where Cannonball Adderley discovered Wes,” notes Feldman), and a jam session recorded at the home of Montgomery’s sister Ervina.

At left: The Turf Club ad for The Montgomery-Johnson Quintet, circa mid-1950s. Courtesy of Duncan Schiedt.

“We listened to it,” says Feldman. “And I knew right away, and I said, ‘this has got to be the Holy Grail for Wes Montgomery fans!’ Because you could have only dreamed about stuff from that era. Of course we knew he had played during those years, but no one had any documentation.” The family asked if Resonance would want to release it. But to get the best possible sound quality, Feldman really wanted to locate the original tapes, not merely dubs of unknown generation. “It’s detective work,” Feldman observes. “Sometimes, all you have is a name and Google.” Feldman found the family, and learned that Kahl had passed away recently. But they had the tape reels, and an arrangement was made to allow the release of those sessions. “I made a day trip and drove to Arizona, got the reels, and brought them back to L.A. Then we did a 96/24 transfer from the tapes.”

The recordings were in surprisingly good shape. “You can only do so much,” says Feldman. “These were amateur recordings made on Nagra or Wollensak tape machines. What you hear is what you get. And not only did [Kahl] make recordings, but he took photographs!” Several of those are featured in In the Beginning‘s 56-page booklet.

Feldman notes that “When Wes passed in 1968, Creed Taylor put out that [posthumous Montgomery] album on Verve, Willow Weep for Me. And that was all table scraps.” And when Montgomery’s albums were reissued on CD, the vaults were raided for whatever remaining outtakes existed. So the discovery and of these tapes is a significant event. “And here we are in 2015,” Feldman teases, “and we’re working on releasing even more!” As it turns out, Feldman’s detective work has unearthed the source tapes of the Echoes of Indiana Avenue release, and he says that the tapes contain “another two CDs worth of releasable music.”