In honor of Isaac Hayes and his body of work, here’s a review of a 2009 reissue of one of his most important releases — bk 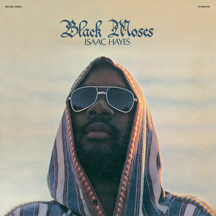 It’s difficult to say anything new about an album that was released to wide acclaim more than 37 years ago. Anyone who has heard Isaac Hayes’ groundbreaking 1971 album Black Moses knows that the sprawling opus was the career apex of this important artist. The sprawling album (originally a 2LP set) melded the best instincts of Hayes’ arrangement skills; it showcased his ability to reinterpret the work of others, breathing new life into older songs and offering an alternate vision of current hits. And Hayes provided some of the era’s best soundtracks for makin’ love. (Or so I have been led to understand; speaking for myself, I was eight years old when the album was released.)

A double LP set was (and remains) a suspect medium: too often it’s the sign of a contractual-obligation escape strategy, or evidence of an artist’s overblown ego. Or both. In the case of Black Moses, it’s neither. Here, Isaac Hayes’ long-form arrangements never make a song long for length’s sake. When a track runs in excess of nine minutes (as do three of the album’s fourteen pieces), it goes places: the songs develop and build. 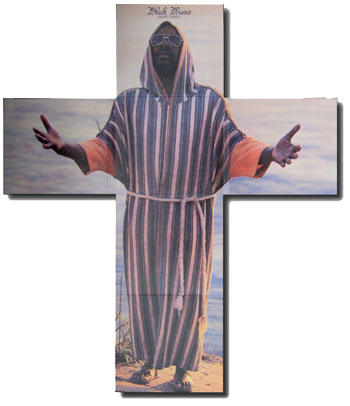 In lesser hands, many of the musical devices used on Black Moses — sweeping strings, wah-wah guitar (in particular on “Man’s Temptation”) — will have aged poorly. Not here: the sounds are always in service to the song. The slow jams throughout the set all but beg the listener to cuddle up with a loved one. Even the raps work. And while Hayes was an excellent songwriter, his prowess at recasting other people’s songs — especially the work of composers like Bacharach/David and Kristofferson and others working outside the R&B genre — ranks among his most special of gifts.

The playing of The (Isaac Hayes) Movement on Black Moses is, as always, note-perfect. There’s an economy of style that results in the right notes, the right textures being applied to each song. Even the vamping under the four raps provides interesting backing. The playing straddles between the immediacy of live-in-the-studio performance with the precision of studio cats. And Hayes’ playing (on electric piano, vibes and more) is subtle and expressive.

Black Moses ranks among the most important albums — in any genre — of the 1970s, and deserves a place in the collection of any serious fan of modern pop music. Put another way, if you can only afford one Isaac Hayes album, this is the one to get. The 2005 compilation The Ultimate Isaac Hayes: Can You Dig It? (read Bill Kopp’s review here) is recommended to those wanting a career overview, and even Juicy Fruit (read Bill Kopp’s review here) has its charms.

Neither did Black Moses exhaust everything Hayes had to offer: his next release (mere months later) was the historic soundtrack to Shaft. While that set (also a double LP) offered less in the way of Hayes’ inimitable vocals, it served to highlight the man’s arranging skills as applied to a different project.

Special note should be made about the album packaging on this 2009 reissue. The digipak faithfully re-creates the original album packaging (writ small, of course) and the excellent liner notes serve to contextualize the work.