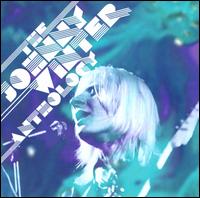 The answers to these questions (and to the further questions they suggest) pave the way for a reasoned analysis. With that roadmap in hand, let’s look at the 2009 Shout!Factory release The Johnny Winter Anthology.

Have there been other Johnny Winter career retrospectives?
Yes. Countless ones, in fact. As far back as 1970(!) Buddah put together a scattered collection of pre-fame sides Johnny cut for smaller labels; this cash-in was one of the earliest, but many others would follow. For many years Winter didn’t have control over his catalog; more on that can be learned by reading my interview with Johnny Winter. In fact, that same material was repackaged by countless labels all trying to make a buck off Winter’s success.

It wasn’t until the 1990s that some intelligent Johnny Winter compilations began to appear. The estimable team at Columbia Legacy took a crack at Winter’s catalog in 1994 with A Rock n’ Roll Collection; the two-CD set is excellent but covers only his Columbia years, and doesn’t convey to the listener the full breadth of Winter’s stylistic palette. And it’s worth noting that that is the primary goal of a good comp: hit the high points, and leave ’em wanting more (as in, the rest of the catalog). So in a sense Columbia Legacy got it as right as they needed to: they had the rights to the 1969-79 material, so that’s what they promoted.

Though Winter started out as a primarily blues/r&b stylist, with success he moved into his commercial period, with its greater emphasis on rock and roll. By the end of that period (coinciding with the end of his Columbia tenure) he headed back into much more of an electric (and sometimes acoustic) blues idiom. Re-energized, he recorded a string of three excellent albums for the Alligator blues label. In 2001 Alligator compiled a best-of from these years titled Deluxe Edition. The single-disc set is well-selected and gives a good overview of Winter’s fertile Alligator years.

In 2002 Columbia Legacy took another bite at the apple with Best of Johnny Winter. But this misleadingly-named set includes no rarities and covers only the 1969-71 period. Were it not for its excellent sound, this would be considered little more than a legitimate updating of the early cash-in discs.

There’s little point in covering the dozens of other Winter comps. Suffice to say that up until now there hasn’t been a proper two-disc distillation of Johnny Winter’s career; serious fans could buy several different comps (basically the two Columbia Legacy discs plus the Alligator comp) but they could just as well pick a few catalog albums.

So now comes the Shout!Factory set. Right off the bat, they’ve done what few before them could manage: they’ve spanned the labels and eras to at least attempt a proper overview. Never before has any label managed to combine Winter’s fierce early work with his blistering rock period and his tasty Alligator era. For that alone, this disc is remarkable.

How’s the Sound?
Damn good. Sourcing from such a wide variety of recordings must have made mastering an arduous job. While one can’t exactly describe time spent listening to Johnny Winter as smooth experience, the transitions between songs are never jarring. The two-CD set is well-sequenced (chronologically, thank goodness) and features a good sampling of live and studio cuts. In short, there’s something for almost every Johnny Winter fan here. In a couple of hours, the listener can absorb a thoughtful collection of the master’s work, one that gives short shrift to no style or era. There might be a shade-too-much emphasis on his commercial period, but then for a compilation, that makes good sense.

What about added value?
There are a few ways to “add value” to an anthology. Add unreleased tracks, include illuminating essays, or package it real nice-like. This set doesn’t try too hard on two of those fronts: no rarities are included, and packaging is professional yet unremarkable. But the booklet includes a well-written essay that displays a good understanding of what Johnny Winter is all about. A wide array of photos helps tell the story, too. The Johnny Winter Anthology isn’t a box set, and shouldn’t be measured as if it were one. Is this set flawed? Of course. Anyone familiar with Winter’s music could point to some worthwhile content that was left off. Does Johnny Winter need a box set full of rarities, one that delves deeper into his various styles? Absolutely. Will The Johnny Winter Anthology suffice in the meantime? Again, absolutely. Until a box set appears, consider this one essential.