Echo Project 2007: The Little Festival That Could

Let’s face it: the festival calendar is pretty crowded. Coachella, Bonnaroo, 10k Lakes, Langerando; the list goes on and on, and it grows longer every year. This is good news for the barefoot nomadic types who crisscross the continent selling hemp-flavored chewing gum and blown glass smoking accessories, but what about the live music consumer? What’s in it for them? With such a crowded field of festivals, what can a little upstart south of Atlanta offer late-summer concertgoers?

In short, a lot. The Echo Project just might be The Little Festival That Could. With its unique selling proposition — a strong focus on environmentally-responsible practices — the festival may have succeeded (albeit writ small) where a mega-festival like Live Earth fell short. A brain trust of concert organizers agreed upon a goal of creating something a bit different. While the fest boasted a stellar lineup of acts (more on those presently), the event’s eco-friendly and -responsible tone was the primary focus. 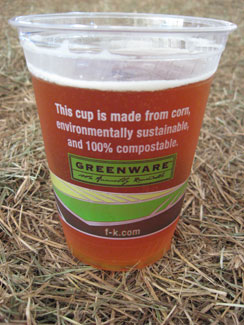 From solar-powered stages to recyclable beer cups made from corn, the three-day festival (October 12-14, 2007) held on a farm near Fairburn GA (a quick drive from Hartsfield-Jackson International Airport, one of the world’s busiest), focused squarely on ecology, environment and the like. A full schedule of teach-ins was organized, including sessions on student activism, the benefits of biodiesel, recycling basics and much more. Advocacy films like Michael Franti’s I Know I’m Not Alone were screened under a big tent. The festival as a whole made a studied effort to be environmentally responsible; “scavenger hunt” activities were organized around a theme of trash pickup. And as a whole, the footprint left behind was less than at many other festivals.

Of course, part of the reason for that was the relatively modest attendance. Unofficial estimates ranged around 20,000 people. For attendees, the Echo Project was a welcome respite from the elbow-to-elbow scenes at other festivals. The October date meant that the sun wasn’t blistering, though it did get chilly when night fell. The expansive layout of the festival meant that listeners could — whether by inclination or necessity — lay down and enjoy many of the musical acts. 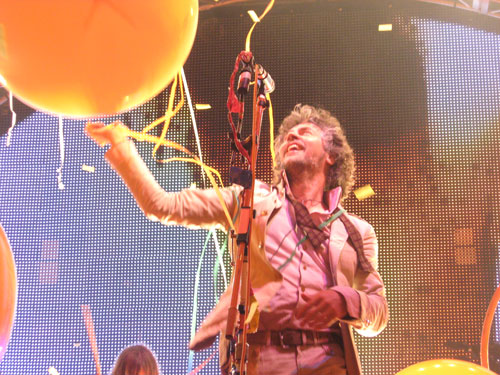 The lineup was impressive, especially for a new festival. The Flaming Lips added the date onto the end of their summer tour, though the scaled-down setting meant their spaceship didn’t land in Fairburn (the crowd didn’t seem to mind a bit). The Killers put on a well-received set, channeling late-period Queen (whether that’s a good thing depends on one’s viewpoint). And since no festival would be complete without a surviving member of the Grateful Dead, Phil Lesh & Friends kept the jam fans happy.

Most genres were well-represented, from pop (Scissors for Lefty) to electronica (MSTRKRFT) to the jawdropping turntable antics of RJD2 (you don’t get to see that at many festivals). The lineup seemed to bend a bit toward experimental music, with impressive, brooding sets from The Album Leaf and Secret Machines. Relatively exotic music was provided by Thievery Corporation and Brazilian Girls. Despite a mid-afternoon time slot, The Roots put on a set that was one of the weekend’s highlights. For fans of the unexplainably odd, Rabbit in the Moon put on a tribute to Gary Numan…or something. Other acts worth seeing included The Polyphonic Spree, Spoon, Michael Franti & Spearhead and Cypress Hill. Tickets were over $100 for admittance and a spot for one’s tent, but attendees had every opportunity to get their money’s worth (not that we heard many complaints; the vibe was laid-back, and decidedly less wound-up than Bonnaroo or other mega-fests). 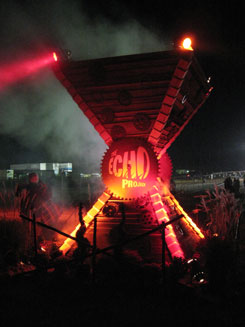 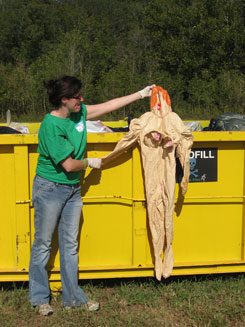 Disappointments were few: The Killers didn’t allow press photos. Common showed up very late, without explanation or apology. Rodrigo y Gabriela were no-shows, as were Snowden. Cat Power’s security guys chased after fans with cameras (apparently, flashes unnerve her). But these were all quite minor quibbles; the show was well-run, and plans are already underway for the 2008 Echo Project. Program-booklet editor Benjy Eisen may have said it best in his introduction to the festival: “This is new to a lot of us. More and more large-scale events have begun to step up their greening events, and it is time for those steps to get bigger. One small dance step for you, one giant dance step for humankind.” Organizers claim it’s a ten-year project; with luck, they’ll succeed. 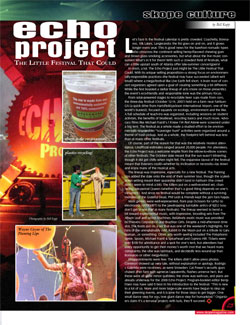