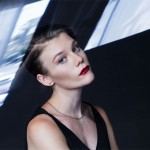 A little over a year ago, multi-instrumentalist Trixie Whitley recorded a an album’s worth of songs intended as the follow-up to her 2013 debut album, Fourth Corner. But after a break during which she gave birth to her first child, she listened to those recordings and thought, “This just doesn’t seem right any more.” With
Read More